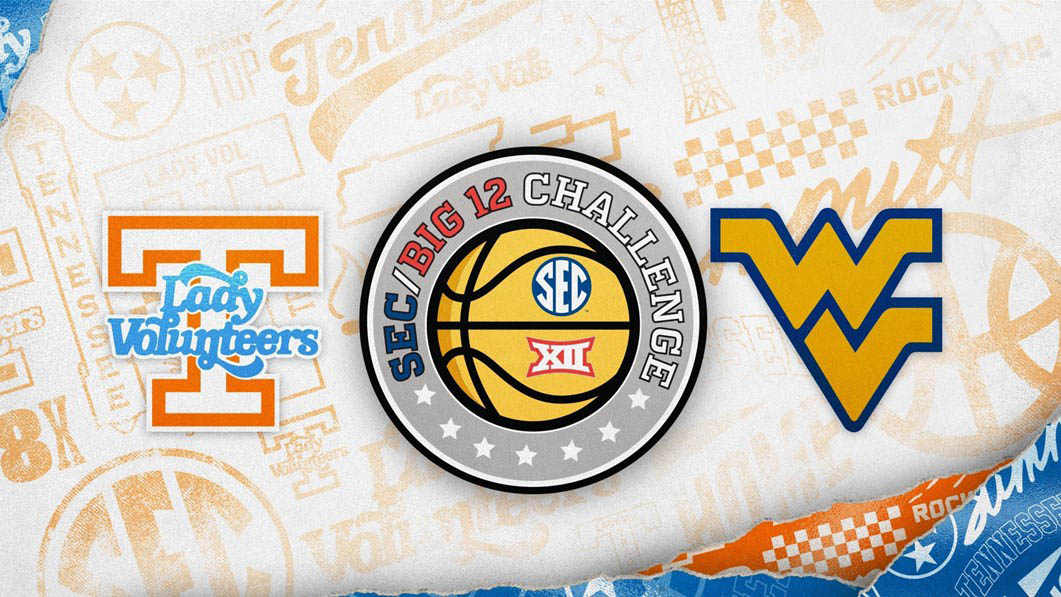 The venue will be eerily quiet, however, as WVU, state and local officials are prohibiting spectators from attending indoor athletic events for the entire month of December due to recent spikes in positive cases of COVID-19 Coronavirus. Only essential game operations personnel and families of players and staff will be admitted. 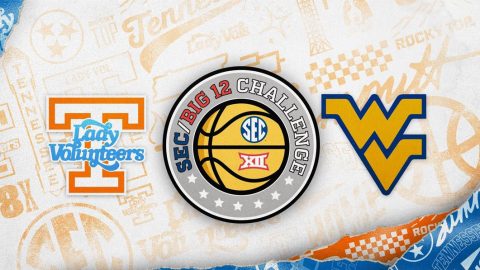 This is Tennessee’s first trip to Morgantown since the Lady Vols claimed a 74-58 victory over West Virginia there on January 4th, 1986.

It also marks UT’s first travel to the state of West Virginia since it met WVU in Charleston on November 21st, 2007. Tennessee won that meeting, 67-49, in a game scheduled as a homecoming for South Charleston High School grad and Lady Vol Alexis Hornbuckle.

This meeting will provide a return home for UT sophomore Emily Saunders, who hails from Mullens, West Virginia, and starred at Wyoming East High School.

Sunday’s game will be live streamed by Big 12 Now/ESPN+ with Lanny Frattare (PxP), Meg Bulger (Analyst) and Angelica Trinone (sideline) on the call.

Bulger had seven points and seven rebounds the last time these teams played in 2007.


About the Tennessee Lady Vols

UT enters game three with 11 players averaging better than 12 minutes of duty per game, thanks to a pair of comfortable wins over Western Kentucky and East Tennessee State.

Senior Rennia Davis is on all the preseason watch lists and a projected All-SEC First Team pick by the coaches and players, but it has been junior Rae Burrell who has put up big numbers in the first two games.

Burrell has paced UT in scoring in both contests, hitting for 18 vs. Western Kentucky and 20 vs. ETSU to carry a 19.0 ppg. average into Sunday’s game. She is hitting 50 percent from the field.

Davis is second in scoring (12.5 ppg.) and leads UT in rebounding at 7.5 rpg. She is connecting on 53 percent of her field goal attempts.

UT is surrendering only 48.5 points per game and allowing opponents to shoot only 28.8 percent from the field. Those rank 15th and 17th nationally.

The UT Lady Vols are averaging 14.5 steals per game thus far after putting up only 5.5 a year ago, ranking No. 8 nationally.

UT announced on Friday that it is adding a home game vs. Furman at 6:00pm CT on December 10th.

The game will be streamed live on SECN+.

The Tennessee Lady Vols held off a scrappy ETSU team on Tuesday night, taking a 67-50 victory at Thompson-Boling Arena in Knoxville.

Tennessee (2-0) was led in scoring by Rae Burrell, who finished with 20 points on 7-of-11 shooting. Rennia Davis and Jordan Horston were also in double figures with 15 and 12, respectively.

Jakhyia Davis was the high scorer for the Buccaneers (1-1), finishing with 11 points and six rebounds.

About the West Virginia Mountaineers

The Mountaineers returned four starters and seven letterwinners from last season’s squad that went 17-12 overall and 7-11 in league play to finish sixth in the Big 12 Conference.

Sophomore Esmery Martinez puts up a double-double average of 12.0 ppg. and 15.3 rpg.

Kirsten Deans, a 5-8 sophomore guard is the third Mountaineer in double figures at 10.7 ppg. She shoots 90 percent from the free throw line.

Associate head coach Bett Shelby spent the 2001-02 season at Tennessee as a manager for the basketball program.

Led by a double-double from sophomore forward Esmery Martinez, West Virginia began its home slate with an 80-51 victory over North Alabama, on Thursday night in Morgantown.

With her second double-double of the season, Martinez posted 17 points and grabbed 22 rebounds to become the first Mountaineer to record 15-plus points and 20-plus rebounds in a game since Donna Abbott did so against Rhode Island on February 15th, 1992.

Candace Parker was sensational that evening, posting a 29-point, 13-rebound double-double on 11-of-19 shooting from the field and 7-of-8 accuracy from the free throw line. She also added three blocks, an assist and a steal.

Tennessee leads the all-time series with the Mountaineers, 6-0.

UT is 3-0 at home in the series and 3-0 in the state of West Virginia in those match-ups.

The Big Orange are 9-0 vs. all schools from West Virginia, standing 3-0 vs. Marshall in three meetings taking place in Knoxville.

There have been four players from the Mountain State on UT’s roster through the years: Mary Ostrowski (Parkersburg) from 1980-84, Amy Gamble (Glendale) in 1983-84, Alexis Hornbuckle (Charleston) from 2004-08 and Emily Saunders (Mullens) from 2019-present.

This season marks a return home for Saunders, who played at Wyoming East High School in New Richmond. Saunders led Wyoming East to three Class AA state championship game appearances, winning a title in 2016 and finishing second in 2018 and 2019.

Like the last meeting between these programs, both teams enter this game undefeated. Both schools entered 3-0 back in 2007, while this season sees WVU come in at 3-0 and UT at 2-0.

UT’s record against schools currently in the Big 12 Conference stands at 58-23.

Next Up for UT Lady Vols

The Tennessee Lady Vols Basketball team are in the midst of a scheduled two-game run of Big 12 opponents. They’ll play at Texas next Sunday at 4:00pm CT/5:00pm ET in a contest slated for ESPN.