HomeEventsDowntown @ Sundown kicks off May 7th with headliner Parmalee
Events

Downtown @ Sundown kicks off May 7th with headliner Parmalee 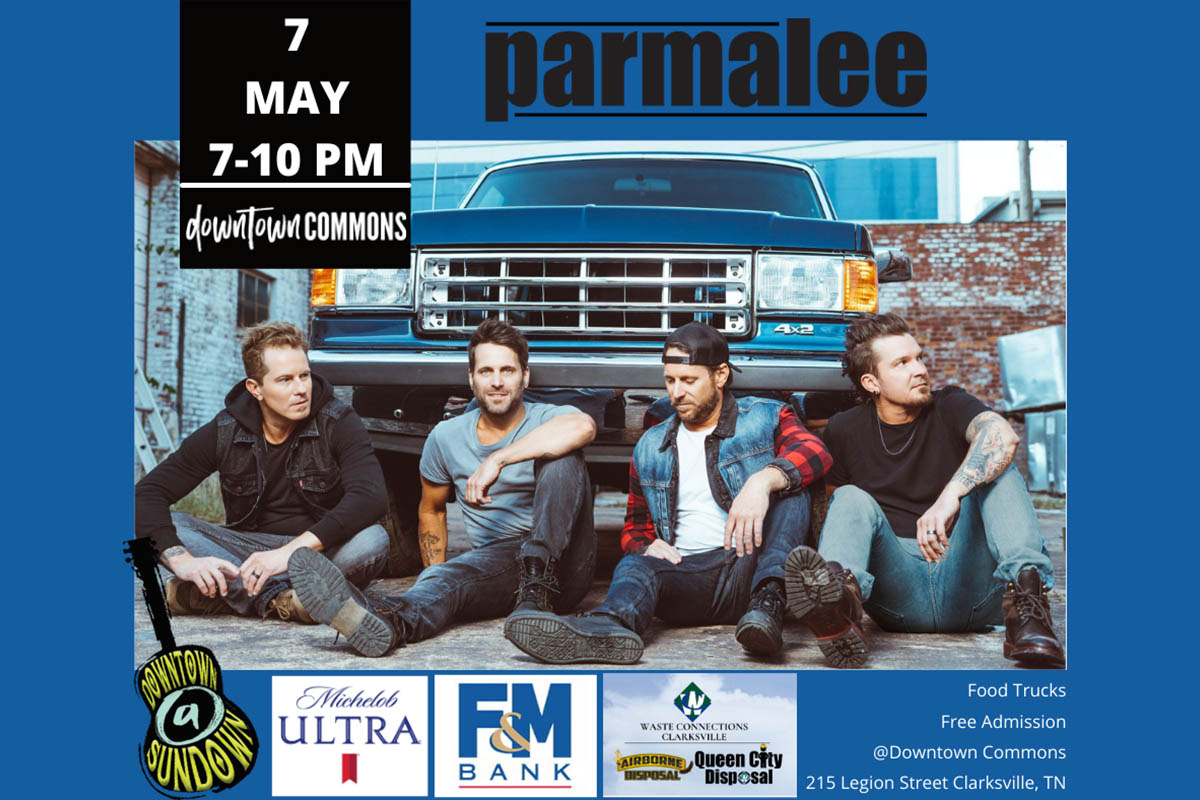 Montgomery County, TN – Kicking off the Downtown @ Sundown Concert Series on May 7th, 2021 at 7:00pm is the well-known country music band Parmalee.

The band has made six entries on the Billboard Hot Country Songs and Country Airplay charts, with two number-one singles on the latter: “Carolina” in 2013, and “Just the Way“, a collaboration with Blanco Brown, in 2021. 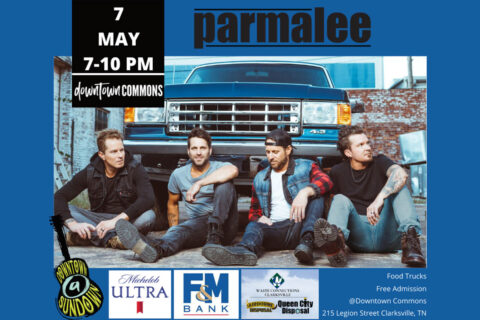 Along with great music, a variety of food trucks will be set up to feed the crowd.

Chick’nCone, Driving You Donuts, Burgasm, Heather’s Homemade Icecream, Tater Headz, and Tennessee Kettle Corn are all expected to be on site.

Additionally, beer and other beverages will be for sale with all proceeds benefiting our featured non-profit, United Way of the Greater Clarksville Region.

Downtown @ Sundown Concert Series is free and open to the public and take place the first and third Fridays of each month through October. Chairs and blankets are welcome; however, pets, coolers, smoking/vaping, or outside alcohol will not be allowed on site.

Downtown @ Sundown is brought to you by TriStar Beverage and F&M Bank and sponsored in part by Waste Connections of Clarksville. To stay up-to-date with events happening at the Downtown Commons visit our Facebook page at Downtown Commons and our Instagram page @downtowncommonstn.