HomeNewsAAA says Drivers should know if they are sharing the Road with...
News 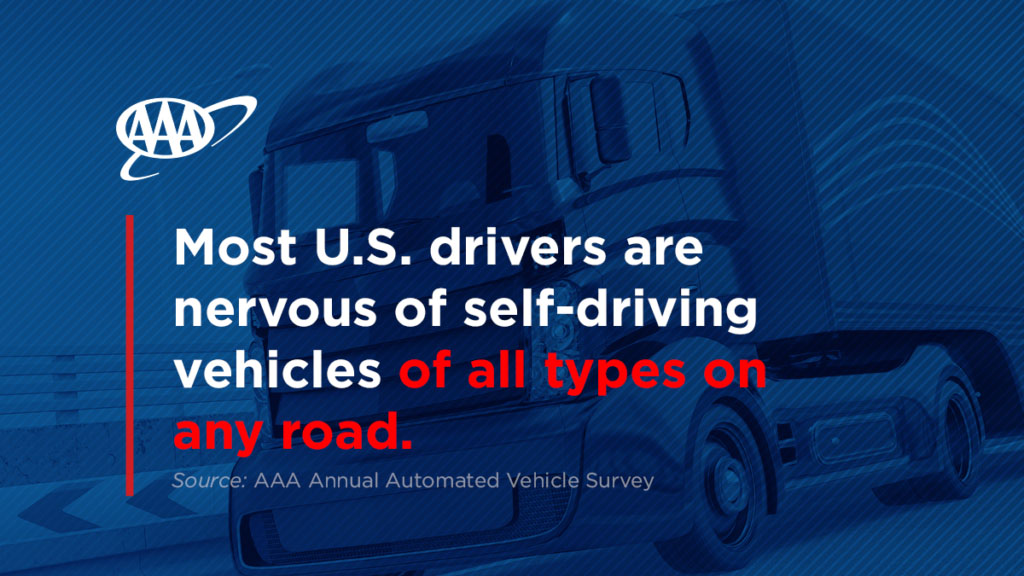 Washington, D.C. – Over the next two years as on-road pilot programs and testing increase, self-driving vehicles will continue to move from novelty to closer to reality, meaning more drivers are likely to encounter them.

Regulators must establish guidelines that ensure self-driving test vehicles are identifiable and consistent in their actions while on the road with human drivers, cyclists, and pedestrians. Doing so will enhance people’s trust in self-driving vehicles while paving the way for drivers to safely interact with automated vehicle technology. 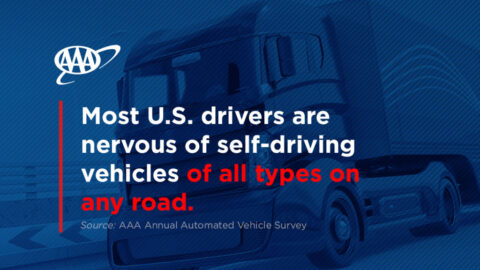 Big or small, fast or slow … people are worried about driving alongside self-driving vehicles

AAA recently teamed up with the Technology and Public Purpose Project at Harvard Kennedy School’s Belfer Center for Science and International Affairs to survey United States drivers to gain greater insight into how they felt about sharing the road with self-driving vehicles.

The survey found that most U.S. drivers have concerns, with the vehicle type and driving scenario making little to no difference in easing that apprehension.

Despite these concerns, though, the survey also found that implementing certain measures would ease driver anxiety.


Self-driving vehicle pilots are in full swing in many states

Currently, 38 states and the District of Columbia have active programs that allow self-driving test vehicles to operate on public roads. While some are highly publicized, others are not as heavily promoted. Researchers at AAA and Harvard also wanted to learn more about people’s awareness and acceptance of these types of programs.

The survey found that only 35% of U.S. drivers know that some states allow self-driving test vehicles on public roads. Support of these programs was split across the board 34% of drivers in favor, 36% opposed, and 31% unsure about it.

Among those opposed, top concerns included:

As state programs continue to grow, it is critical for policymakers and other state government officials to take actions that will build confidence and foster public acceptance of self-driving vehicles.


AAA believes that addressing these issues provides a real way of enhancing public perception and acceptance of self-driving vehicles. Previously AAA has found that sentiment towards automated vehicle technology has remained stagnant over the years.

A collective effort by both industry and consumers will go a long way in moving the needle away from apprehension and closer toward acceptance.