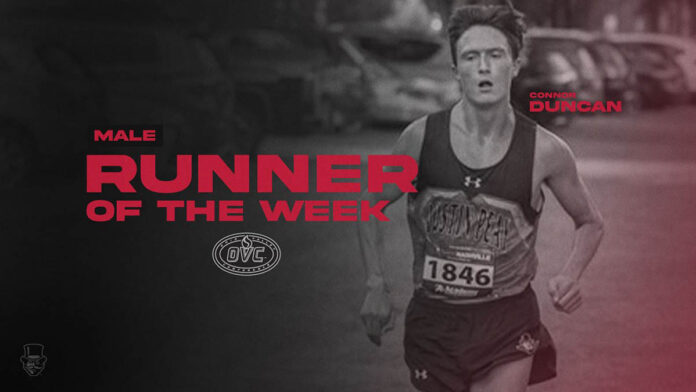 Brentwood, TN – Connor Duncan was named the Ohio Valley Conference Male Runner of the Week, Tuesday, after his fifth-place finish at the Brescia Invitational led the Austin Peay State University (APSU) men’s cross country team to their best performance of the season.

Duncan has led the men in all three meets this season and posted a 27:18.3 eight-kilometer at the Bearcats’ event.

The Governors finished fourth as a team in Owensboro, Kentucky – their best performance in a field of eight or more teams since 2018.

The Nolensville native is the first Governors first OVC Male Cross Country Runner of the Week since Thomas Porter received the award in 2019.