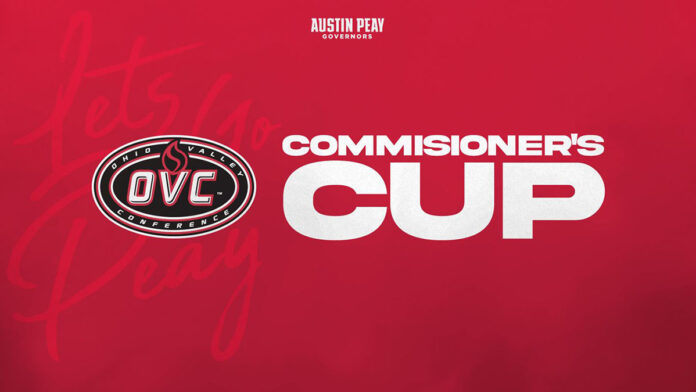 Koby Perry (football) was named the 2021 OVC Defensive Player of the Year for his work on the gridiron, while Marlayna Bullington (beach volleyball) became the first-ever Gov to be named OVC Player of the Year on the sand. Lexi Osowski (softball) also earned the conference’s top softball honor in being named the OVC Player of the Year. Kenisha Phillips (track and field) had one of the most impressive seasons in program history, earning her the OVC Female Track Athlete of the Year during both the indoor and outdoor seasons, while Elijah Hutchins-Everett (men’s basketball) and Erica Scutt (women’s golf) were tabbed as OVC Freshmen of the Year.

Head women’s golf coach Jessica Combs became the second coach in program history – and first since 2018 – to be named the OVC Coach of the Year after leading the Govs to their first-ever NCAA Women’s Golf Championship Regionals appearance.

Head women’s tennis coach Ross Brown received his second-career OVC Women’s Tennis Coach of the Year honor after leading the women’s tennis team to its fifth OVC Regular Season Championship and fourth-straight title appearance. Brown is the first head coach in program history to receive the honor multiple times in a career after first receiving the honor in 2019.


“It was another good for our student-athletes and coaches,” said Austin Peay Vice President and Athletics Director Gerald Harrison. “It is crucial that we carry this momentum into the coming year, as we level up with the new goal of capturing the ASUN’s Bill Bibb All-Sports Trophy!”

Under the current scoring system, schools are required to count point totals for four main sports (football, volleyball, men’s basketball, and women’s basketball) along with their next eight highest point totals from the remaining sports, regardless of gender. Belmont, Morehead State, and SIUE, which do not compete in OVC football, count baseball as one of its four required sports.

The points system for scoring is as follows. For all sports (except rifle, men’s tennis, and men’s indoor and men’s outdoor track – which have fewer participating teams), the first-place team earns 12 points, the second-place team earns 11 points, etc.