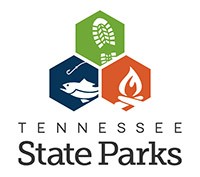 “Tell our Friends we are on the journey West, arising from the acts of wicked men and our unfortunate fates…”

Elijah Hicks wrote these words as he and his fellow detachment of Cherokee people were encamped at Port Royal during the Indian Removal.

Port Royal State Historic Park was the site one of the earliest colonial communities and trading posts in Middle Tennessee. It was first settled in the early 1780s and was a longhunter camp as early as 1775. The town of Port Royal was founded in 1797 and rose to great prominence in the early part of the 19th century because of its strategic location at the head of navigation on the Red River, serving all of Northern Middle Tennessee and South Central Kentucky and at a major stage line route.

In 1977, the state of Tennessee received the deed to 26 acres of land at Port Royal and designated it a Tennessee State Park in 1978.