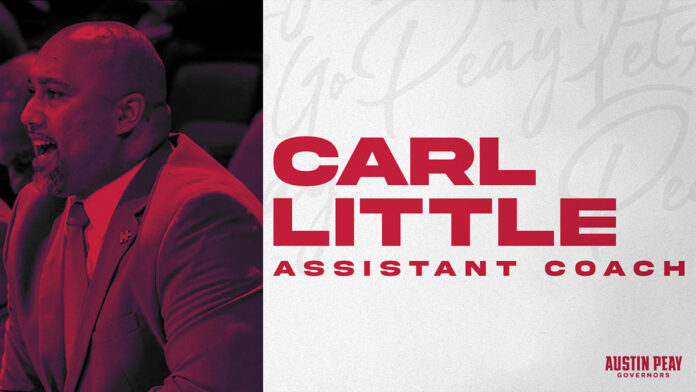 As a director of operations for the APSU Govs during the 2021-22 campaign, Little assisted the coaching staff in compiling scouting reports while coordinating game-day operations and travel.

Little will serve as an assistant coach while continuing to handle duties as director of operations. Prior to Austin Peay State University, Little spent two seasons as director of player development at North Carolina Central.

Prior to joining the Eagles, Little served as head coach for the All-Army men’s basketball team, comprised of the best players in the Army. During his tenure, he led the team to its first back-to-back Armed Forces Tournament Championship wins in over 15 years in 2016 and 2017. He was selected to lead the Team USA Men’s Basketball team in 2017 and led to a Gold medal finish in the Supreme Headquarters Allied Powers Europe International Basketball Tournament in Mons, Belgium.

Little also served as an assistant coach for Columbus State in Columbus, Georgia from 2013-17. With Little on staff, the Cougars won their first regular-season title in over a decade in 2015, while also making three consecutive NCAA Division II tournament appearances.