Sci-Fi weather gets a bit too real

Massive flooding in north central states and parts of the Midwest. Broiling heat and extreme drought in the South. Category five hurricanes. Earthquakes devastating Peru, Indonesia and points all over the world. People make movies about weather like this.

The problem is, what looks like a series of made for TV sci-fi disaster flicks has become all too real in too many places. And it’s not over yet.

Heavy rain, severe thunderstorms and tornado warnings litter the northern half of the country, while the sun continues to charbroil the southern landscape, cooking crops and drying out lakes and riverbeds. 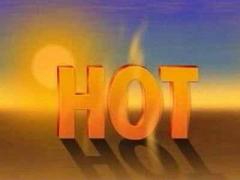 Triple digit heat returned to middle Tennessee yesterday after a spate of high 90s, and that blistering heat will stick around through Friday, with high approaching 105 in many locations, with even higher heat indexes, the “real feel” weather gauge. It’s a dangerous heat, responsible for at least 49 deaths in the past month.

Wet weather and post-hurricane moisture swept north from the Gulf, over Texas and arcing well north of our own Middle Tennessee landscape, deluging some northern communities with up to ten inches of relentless rain in a matter of days. It overflowed rivers, flooded communities, and eroded shoreline to the point that houses crumbled and washed away. Over a 1000 families have been displaced, and 11 lives lost.The worst flooding in almost a century forced hundreds of people from their homes in the upper Midwest, with more rain and high temperatures expected to add to their misery Thursday.

In Brownsville, Minnesota, mudslides swept down hillsides picking up rocks, uprooting trees and creating a wall of debris that blew out the walls of homes and riped them apart. Tornadoes threatened Chicago — again. An upper-level storm system crossing the region resulted in more flood watches and warnings from South Dakota, Minnesota and Nebraska to Illinois, Indiana, Iowa and Ohio. Oklahoma and Texas has similar warning from an entirely different storm system.

Across Tennessee and other deep South states, hay and grain are drying up to tinderbox to a crisp brown crunch, lawns are beyond hope, watering restrictions have been imposed in some communities, and water tables are dangerously low, resulting in overgrowths of algae that lend an awful stench and taste to drinking water.

Mexico was hit twice by the same storm, first as a Category 5 on one shoreline, then as a reformed Category 2 a second time.

The bad weather and the earth’s rebellion is not limited to the North American continent. Peru was wracked by an 8.0 earthquake that decimated cities a created tens of thousands of new homeless people, a population mass now shifting to other parts of the country from the rubble of what was their homes. Large quakes rattled Spain, Indonesia, and even Hawaii, which was slammed by a hurricane of its own just after the earth stopped shaking there.

Tips abound for staying healthy and beating the heat. Drink liquids. Seek out air-conditioned environments, especially at the peak hours of 11 .m. to 3 p.m. Exercise (if you must) at very early or very late hours; they are the coolest. Keep an eye on elders, children, and pets but remember that in heat this extreme, even healthy people can be knocked flat. Remember too that food spoils quickly, so don’t leave thing outs, especially at picnics and outdoors events.
Its a summer for the record books, and it is not over yet. Makes one wonder what sci-fi writers know that we don’t.

It’s odd to think that temps dropping into the 90s is a “cool spell,” but after days of 100+, those nineties will live like a cool spell.

There’s hope on the horizon, though. A check of the ten day extended forecast, while it didn’t indicate rain, did show a high of the upper 80s for late next week. It’s something to dream about.