HomeNewsFuneral services for Rev. William Corley to be held Monday in Clarksville
News

Funeral services for Rev. William Corley to be held Monday in Clarksville 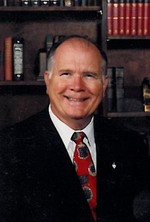 Visitation will be from 2 to 5 p.m. today at the funeral home and from 11 a.m. until the time of service Monday at the church. Pallbearers will be chaplains of the Tennessee State Guard. Honorary pallbearers will be elders and deacons of The Community Church. McReynolds-Nave & Larson Funeral Home is in charge of arrangements.

Dr. Corley has served as pastor of The Community Church for more 30 years. He was also president of the North Tennessee Bible Institute, and a corporate consultant specializing in personal deficiencies.

Chaplain Corley was chief of chaplains of the The Holy Orthodox Church, American Jurisdiction and was recently commissioned a brigadier general. He had formerly served with the 100th Division of the USAR.

He was a member of the Boy Scouts of America. He was also a former Chairman of the Foster Home Care Review Board. He served as a member of the Association of Integrative Medicine-Diplomat, member of the College of Pastoral Counseling. Chaplain Corley servesd as an adviser on several university boards and was a consultant for one of the largest marketing agencies in the country.

His professional interests were always serving in the ministerial capacity with a major emphasis on training new ministers; his avocations were innumerable. His greatest love was serving HIS LORD.

In lieu of flowers, memorials may be made to The Community Church Family Life Center or North Tennessee Bible Institute Scholarship Fund, PO Box 3337, Clarksville, TN 37043.

Arrangements in the care of McReynolds-Nave & Larson Funeral Home, 931-647-3371. Online condolences may be made at www.navefuneralhomes.com.