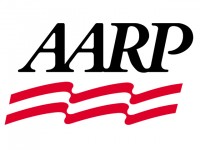 NASHVILLE – Nearly one year to the day after Gov. Phil Bredesen signed into law the Long-Term Care Community Choices Act, the Tennessee Legislature is sending him a bill that creates a housing option – adult care homes – that really provide Tennesseans with a new choice.

The Tennessee Senate unanimously approved legislation Tuesday that authorizes adult care homes, small residences operated for two to five people. The 31-0 vote sends the bill, which was approved unanimously by the House last week, to Gov. Phil Bredesen for his signature. The legislation is part of the governor’s 2009 legislative package.

The bill originally would have allowed caregivers to operate adult care homes for anyone who receives long-term care services, but lawmakers agreed to a compromise that limits the new option to ventilator-dependent and brain-damaged Tennesseans. Sen. Diane Black said the homes would serve the people most in need of such options. However, Finney and other lawmakers who visited similar adult care foster homes in Oregon last year, vow to take up legislation in 2010 that would allow Tennesseans who need less care to live in adult care homes.

“Tennesseans want to age with dignity in the neighborhoods and communities they love, even when they can’t stay home by themselves,’” said AARP Tennessee Advocacy Director Patrick Willard. “This is just the beginning of new choices for home and community-based care in Tennessee. We expect expansion of the adult care home option and other initiatives in the next legislative session.”

A recent AARP report found Tennessee nursing homes are larger than the national average and growing. The report, “Quality Care and Litigation in Tennessee Nursing Homes,” recommended the state promote the construction of smaller alternatives to improve quality in long-term care. The Adult Care Home legislation comes at a critical time as the state prepares to roll out the Long-Term Care Community Choices Act, which will redistribute TennCare funding toward more home and community-based services and was signed into law on June 17, 2008.

About The American Association of Retired People

With more than 714,000 members in Tennessee, AARP is a nonprofit, nonpartisan membership organization that helps people 50+ have independence, choice and control in ways that are beneficial and affordable to them and society as a whole. We produce AARP The Magazine, published bimonthly; AARP Bulletin, our monthly newspaper; AARP Segunda Juventud, our bimonthly magazine in Spanish and English; NRTA Live & Learn, our quarterly newsletter for 50+ educators; and our website, AARP.org.  AARP Foundation is an affiliated charity that provides security, protection, and empowerment to older persons in need with support from thousands of volunteers, donors, and sponsors. We have staffed offices in all 50 states, the District of Columbia, Puerto Rico, and the U.S. Virgin Islands.