Bi-Partisan group of lawmakers pledge to examine data and research 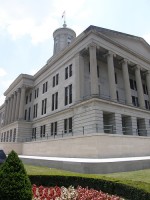 “We are not asking to have scheduling control over the school year, just one day out of 180,” said Rep. Bill Dunn, Knoxville. “School officials will set all holidays, vacation days, work days, semester end dates and the last day of school.”

Lawmakers are discussing the possibility of moving the school start date, and hope during the next few months they can reach agreements with school officials.

“As lawmakers, we are entrusted with both the financial success as well as academic success of our educational system. In these difficult times, we must use current data and adequate analysis to determine if we are giving our taxpayers the best on their investment; therefore, we must carefully examine the feasibility of beginning the school year in the middle of the summer when all current analysis concludes that this is neither good for the student or taxpayer,” said Rep. John DeBerry, Memphis.

“The results of the study are very interesting, and deserve the attention of the legislature,” said House Republican Leader Jason Mumpower (Bristol). “We need to look at the top academic states in our nation and see what they are doing. We need to be creative.”

According to the research, the five states that had the highest percentage of students passing Advanced Placement tests all began school the last week in August or later. Because AP test are given the same day nationwide, it does not appear to have an affect.

“We are working with the parents involved in the Save Tennessee Summers movement,” said Rep. Bill Dunn, Knoxville. “These parents are committed to research and present us with the pros and cons of different proposals. They are truly committed to doing what is best for the majority of Tennessee families, not just their own.”

A SurveyUSA poll conducted a less than a year ago showed 71 percent of Tennessee residents wanted the school year to begin the last week in August or later, with only six percent wanting a school start date earlier than August 15. Of those surveyed, three out of five wanted a uniform school-start date for public school children.