Five reasons not to leave your dog in the car this summer, even for ‘just a minute’

Sacramento, CA — United Animal Nations (UAN), a national nonprofit animal protection organization, is imploring pet owners to avoid leaving their dogs in hot cars this summer – a practice that can lead to serious illness and even death.

“Often people leave their dogs in the car while they shop or run errands, but doing so when the weather is warm can literally be a death sentence for your pet,” said UAN President and CEO Nicole Forsyth. 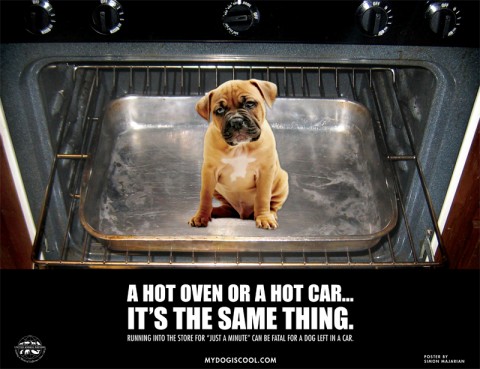 Forsyth offered five reasons why leaving a dog in a hot car can be deadly:

Already this year, UAN has received reports of dogs like Snuggle, a Maltese/Lhasa Apso who was locked in a car while her owner visited a Tampa, Florida amusement park. When Snuggle was rescued, the temperature inside the car was more than 90 degrees and her core temperature was nearly 106 degrees.

To learn more about the dangers of leaving dogs in hot cars, visit www.MyDogIsCool.com.

United Animal Nations (UAN) focuses on bringing animals out of crisis and strengthening the bond between people and animals through a variety of programs, including emergency sheltering, disaster relief services, financial assistance and education. Learn more at www.uan.org