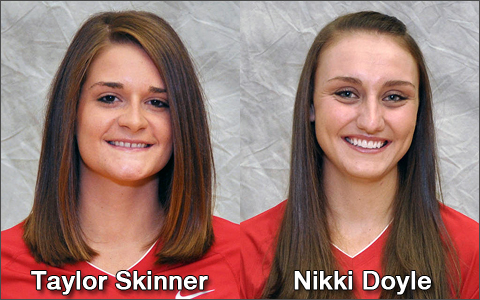 Doyle, of Torrance, CA, made her Lady Govs debut last weekend and led the team with 60 kills (4.29 kills per set) in the four matches. She recorded double-digit kills in each match, including 19 kills in the Lady Govs five-set victory against Arkansas-Little Rock, Saturday. Doyle also recorded her first double-double with 11 kills and 11 digs against Mississippi State, Friday.

Skinner, of Avon, IN, finished the weekend with 36 kills (2.57 kills per set) but had just seven attack errors to record a .446 attack percentage. She also led the Lady Govs with nine blocks and was second on the team with eight service aces. Skinner posted a season-best 15 kills and four service aces against UALR, Saturday.

Austin Peay finished its stay at the MSU Maroon Classic with a 3-1 record and amid preparations for its next action, a three-match tournament at the IUPUI Hampton Inn Invitational, Saturday and Sunday.