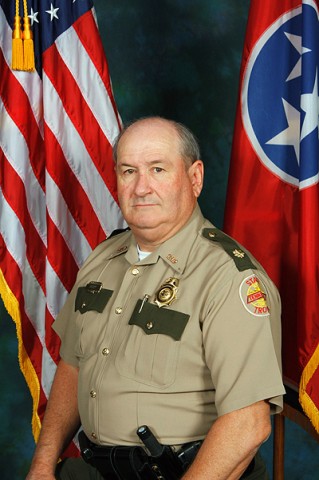 J.R. Perry, 58, has been promoted to the rank of Lieutenant Colonel over the Field Operations Bureau after serving as Executive Officer since 2006 under former Colonel Mike Walker. Lt. Col Perry, a 33-year veteran of the Tennessee Highway Patrol, began his career with THP in November 1977, serving as a Road Trooper in Montgomery and Williamson Counties.

In 1985, he was transferred to the Training Center where he served as a Training Sergeant and later moved to Road Sergeant in Davidson and Montgomery Counties. He also served as the Administrative Sergeant for the Nashville District for two years.

In February 2003, Perry was promoted to Captain, serving as Director over the Department of Safety Training Center until his advancement to the rank of Major in 2006.

Lt Col. Perry is a 1988 graduate of the Northwestern University School of Police Staff and Command and served in the U.S. Army from 1972 to 1974. He is married with five children and fourteen grandchildren. 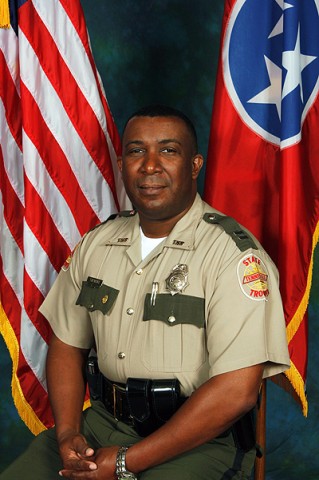 Dereck Stewart, 45, has been promoted to the rank of Major as Executive Officer in the Colonel’s Office, replacing J.R. Perry. Since January 2007, Major Stewart has served as Captain over the Department of Safety Research, Planning and Development Division (RPD). RPD is responsible for publishing the department’s Annual Reports, coordinating maintenance of law enforcement certification standards, statistical analyses of crashes, and grant support management.

Prior to overseeing RPD, Stewart served for two years as Captain in the Office of Professional Responsibility (OPR) and as a Lieutenant and Sergeant in the Training Center from July 1995 to January 2007.  Stewart was commissioned as a Trooper with the Highway Patrol in December of 1987, serving in Montgomery County.

He is a 1997 graduate of the Northwestern University School of Police Staff and Command and a 2009 graduate of the FBI National Academy. Stewart and his wife, Cynthia, have two children. 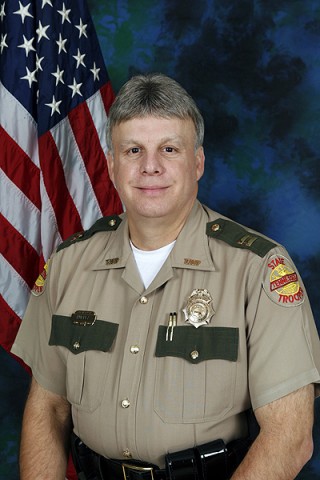 Richard “Dean” Hurley, 56, has been promoted to the rank of Major over Field Operations Bureau-East. Since 2006, Hurley has served as Captain over the 13-county Fall Branch District in East Tennessee.

Major Hurley began his career with the THP in 1977, serving in Sullivan County and his native Washington County as a Road Trooper and D.A.R.E. Trooper in 1990 until his promotion to Sergeant in 1993.

In 2003, Hurley was promoted to Safety Education Lieutenant in Sullivan County, where he was assigned until his promotion to Captain in 2006. Major Hurley currently teaches criminal justice courses at East Tennessee State University in Johnson City where he also received his Master of Arts degree in Criminology in 1996 and a Bachelor of Science degree in Criminal Justice in 1983.

Hurley served in the U.S. Air Force from 1973-1976. He and wife Vicky have one daughter, Jessica, 25. They reside in Jonesborough.

The Tennessee Department of Safety’s (www.TN.Gov/safety) mission is to ensure the safety and general welfare of the public. The department encompasses the Tennessee Highway Patrol, Office of Homeland Security and Driver License Services. General areas of responsibility include law enforcement, safety education, motorist services and terrorism prevention.