The victory ended Austin Peay’s winning streak at six games and as the Tigers also handed the Governors their first league defeat as APSU dropped to 12-7 overall and 6-1 in the OVC.  It was APSU’s NCAA-leading sixth overtime contest.

Tennessee State, meanwhile, improved to 8-9 overall and 5-2 in the OVC.

The Governors, who trailed by as much as 16 first-half points, came all the way back to lead by seven, 65-58, with 1:18 left in the contest. However, APSU could not put away the Tigers in the closing minute.

The Tigers’ Robert Covington made a pair of free throws with 1:03 left to make it a five-point game and then TyShwan Edmondson, for one of the few times in the half, came up short on a lane jumper. John Fraley missed the follow and Tennessee State immediately turned it into a Patrick Miller three-pointer from the left corner. The lead was down to two points with 30 seconds remaining. 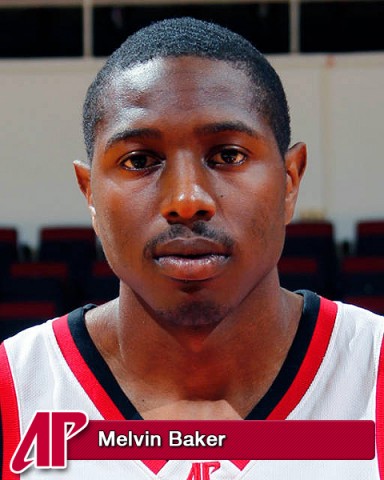 After APSU inbounded the ball, Josh Terry was fouled and went to the line for a one-and-one with 26 seconds left. However, Terry missed the free-throw attempt, giving the ball back to TSU. The Tigers Kenny Moore got inside but missed a layup attempt before gathering his own miss, laying it in for a tie contest, 65-65, with 16.1 seconds left.

The Governors played for one final shot, but it found point guard Caleb Brown taking an off-balance three-point jumper at the buzzer. It missed, sending the game into overtime.

In overtime, TSU immediately gained control, jumping out to a 72-66 lead as the Govs could manage just one free throw in the first 2 ½ minutes. But Edmondson rose to the occasion again, knocking down a three pointer with 2:20 left to cut the deficit in half at 72-69.

Then he made a steal near midcourt and was intentionally fouled by Moore while making the layup with 57 seconds left. The bucket made it a one-point game and then Edmondson tied it by making one of two free throws. 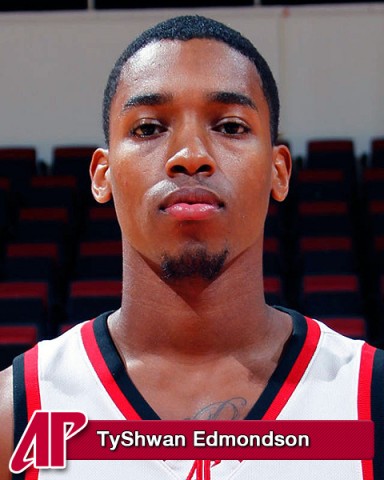 Peters came right back by getting into the lane to give TSU a two-point lead with 43 remaining. Melvin Baker then tied it up once again at 74, setting up Peters’ game-winning shot.

Edmondson led the Governors with 33 points, tying his effort at Eastern Illinois back in December. However, Baker was the Govs’ only other double-figure scoring with 14 points.

Kenny Moore, Edmondson’s teammate at Midland Community College a year ago, had 20 points for the Tigers while Peters added 16 points, nine assists and seven rebounds. Miller ended with 15 points.

TSU dominated the Governors on the boards 52-35 as both Moore (10 rebounds) and Robert Covington (14 rebounds/13 points) ended with double-doubles.