Fort Campbell, KY – Everyone’s favorite residents from the street where the clouds are swept away and the air is sweet will be making their way to Wilson Theater on Saturday, April 14th and Sunday, April 15th.

The Sesame Street and USO Experience for Military Families is a free, traveling USO tour based on Sesame Workshop’s award winning Talk, Listen, Connect initiative. The 30 minute performance is a special event for the military community since it is specifically designed to educate children about coping with military deployments and homecomings.

Elmo and his Sesame Street friends help their pal Katie, a character exclusive to the tour and a military child, with her fears of relocating to new place and making new friends. This year’s cast also includes fan favorites Cookie Monster, Grover, Honker and Rosita.

In addition to the performance, the show will also provide outreach materials and giveaways for Families. Fort Campbell fans will also get a chance to see Elmo and his friends’ new tour bus. Currently, Sesame Street and the USO are asking fans on Facebook at http://www.facebook.com/SesameStreetforMilitaryFamilies to submit ideas for a new tour bus name.

Later this month, fans will vote on the final name at http://www.facebook.com/theUSO. The bus will be unveiled on April 7th at Scott Air Force Base in Illinois.

Since its debut in 2008, the Sesame Street and USO Experience for Military Families performed more than 433 shows on 131 military bases in 33 states and 11 countries. In previous years, the Sesame Street gang taught children how to deal with their feelings when their parents deploy and leave home for several months. In 2011, the show added the new character Katie and incorporated lessons about handling life changes and making new friends. This is the second time the tour comes to Fort Campbell since the initial 2008 run.

Wilson Theater will have a 6:00pm show on Saturday, April 14th, and 1:00pm and 3:30pm shows on Sunday, April 15th. The performance is FREE, but it is only open to military ID cardholders including active duty, Retirees, National Guard, reserves and Department of Defense Civilians. 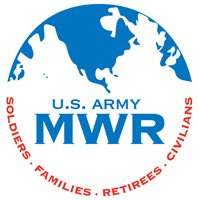 Doors will open 30 minutes before show time. Strollers and outside food and beverages are not permitted in Wilson Theater. The Exchange will sell food and beverages prior to and during show time. Seating is on a first come, first serve basis. Videotaping is not allowed for this event, but still photography is permitted. There will not be a Meet and Greet with the cast members at these performances.

For more information about the Sesame Street and USO Experience for Military Families, please call the MWR Public Relations Office at 270.798.7535.