After opening the 2011-12 season with eight of their first nine games on the road, the Governors will have a more home-friendly slate this season. In fact, APSU will open at home for the first time since the 2003-04 season (Knoxville College) when they play host to Samford, Friday, November 9th.

In fact, the Govs will have five home games in the first two months sandwiched around a pair of tournaments along with road contests at Memphis (December 8th), Arkansas State (December 16th) and Illinois State (December 22nd).

“The thing I like about this schedule is that we have actually have some early home games as opposed to last season,” APSU coach Dave Loos said. “It is a good schedule, very competitive. It is a good mix of teams . 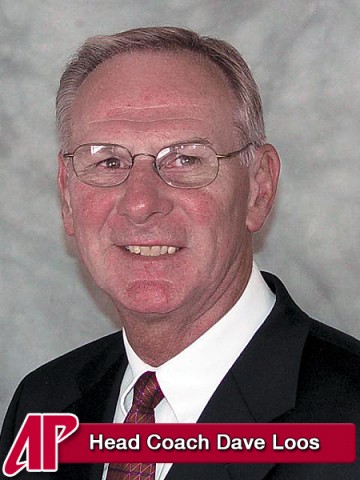 “Fairfield is the return of a BracketBuster game that we played two seasons ago. They are a very good basketball team and it will be exciting to have them here along with teams like Samford, which is a former OVC member, and Lipscomb, a regional team we have resumed playing just a few years ago.”

Earlier in the spring it was announced the Governors will appear in the 2012 Triple Crown Cancun Challenge. APSU’s first two games will take them to Western Kentucky (November 13th) and DePaul (December 17th) before the team heads to Cancun, Mexico for contests against Western Carolina (November 20th) and Howard (November 21st).

“We will have two very tough games on the front end of that tournament, just up the road to Western Kentucky, a team that was in the NCAA tournament just last year, and DePaul, a member of the Big East,” Loos said.

The Govs hope that final tourney will help them prepare for the OVC season start. Member of the OVC’s new West Division, the Governors will play those opponents (Murray State, Eastern Illinois, SIU Edwardsville, Southeast Missouri and UT Martin) twice while playing the East Division (Tennessee State, newcomer Belmont, Tennessee Tech, Jacksonville State, Morehead State and Eastern Kentucky) just once in the 16-game league slate. It also will be a schedule that won’t see the Govs playing three games in five days like they did twice last season.

“It will be interesting to see how all that works,” Loos said. “I don’t think any of us will really know until we have been through maybe even more than a year. And what I like about it is the fact it is a much more balanced schedule. We basically are playing just two games a week once we get into conference play.”

APSU will open league play with a pair of divisional foes, both on the road. The Govs will head to UT Martin Austin Peay, Thursday, January 3rd, to face the Skyhawks to open league play before heading to Cape Girardeau, MO, to face Southeast Missouri two days later.

The Govs will go back on the road for three straight games before facing Belmont (February 7th) and Tennessee State (February 9th) in two of the three February home dates. The Govs will wrap up the regular season with a February 28th home contest against Southeast Missouri and UT Martin, March 2nd.

The bracketing format of the men and women’s basketball tournaments will remain the same, a merit-based format that began with the 2011 championship. The top two seeds receive double byes to the semifinals while the No. 3 and 4 seeds receive a single bye to the quarterfinals. The 5-8 seeds matchup in the tourney’s first round.

Overall, the Govs’ slate will feature four teams (Murray State, Belmont, Memphis and Western Kentucky) that appeared in the NCAA tournament while Illinois State was invited to NIT with Tennessee State and Tennessee Tech playing in the CollegeInsider.com.