Clarksville, TN – On August 21st, 2012, around 6:30pm, Clarksville Police were called to a business in the 1500 Block of Fort Campbell Boulevard for a vehicle burglary.

A 54 year old man was walking back to his Dodge Ram pickup when he spotted a stocky male rummaging through the bed of the truck. He yelled at the man, who made a hasty departure from the area, but not before the victim got a tag number and a detailed vehicle and suspect description. 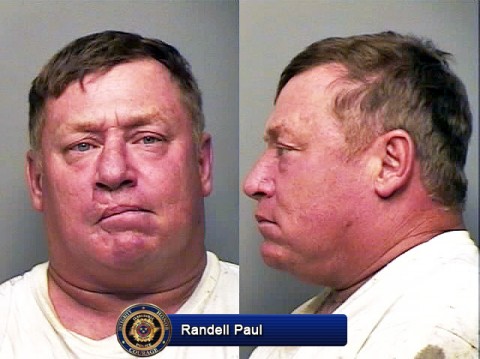 When the man arrived at his pickup, he realized several items had been taken and Police were called. A short time later, Officer Todd Bell spotted the vehicle turning into the parking lot of Rural King and detained the driver, Randell Paul.

Detective Dave Keenom was called to the scene to continue the investigation. The victim identified Paul as the man who he saw in the back of his pickup.

Paul’s vehicle had numerous tools in it, but none belonged to the victim. But, there was a pair of gloves found inside of the vehicle which had the victim’s initials on them. When Detective Keenom interviewed Paul, he was able to confirm that Paul had taken the tools and gloves from the victim’s truck.

The investigation is ongoing.