Clarksville, TN – Austin Peay State University fans can purchase tickets for the Govs and Lady Govs, February 2nd doubleheader, at Murray State through the APSU Ticket Office for only $10.00. 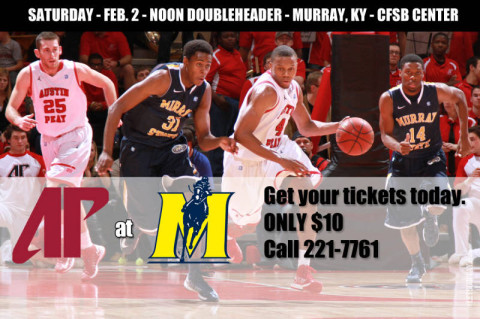 The men’s game, which is slated to be broadcast on ESPNU, is set for a noon tip off. The women’s game will follow at approximately 3:00pm. The Racers are expecting a sellout.

Murray State won both games in the first meeting of the Ohio Valley Conference’s premier rivalry, January 12th, at the Dunn Center. The Lady Govs lost a late second-half lead in falling 77-72, while the Govs came up short on a comeback bid to fall 71-68.