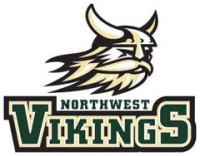 Clarksville, TN – The Northwest Vikings exploded for 9 runs in the 4th inning to erase a 4–0 deficit to defeat the Beech Buccaneers on Saturday.

Trailing 4-0, Adam Caver led off the 4th inning by hitting a solo homerun. After a double by Caleb Pickett, and RBI singles by Zach Schilling and Ty Haston that cut the lead to 4-3, the Buccaneers would allow the Vikings to take a 5-4 lead after an infield error.

Adam Caver would bat again in the 4th inning and hit a Grand Slam for his 2nd homer of the inning to give the Vikings a 9 – 4 lead.

Mike Wulf picked up his 2nd victory on the season in relief while Caver recorded his 1st save of the year.

Northwest improved to 10-4 and will host District opponent Springfield on Monday.