A witness observed saw Toron Thomas choking a 22 year old female. Thomas then physically dragged the woman to her car and forced her inside.

They traveled west on Tiny Town Road and continued arguing until Thomas became enraged and yanked the steering wheel to the right. This caused the vehicle to leave the roadway and flip over in the area of 801 Tiny Town. 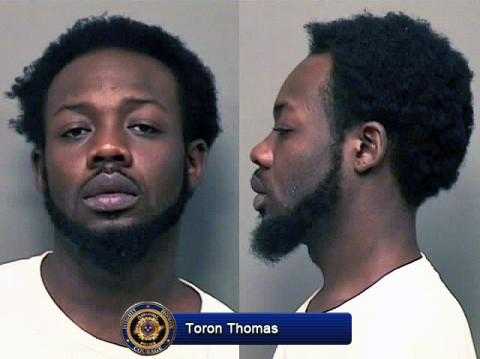 Thomas provided false information to the officers about facts associated with the incident. Thomas was medically cleared at Gateway ER and then booked into Montgomery County jail.