Hudson, of Germantown, had a hit in seven consecutive plate appearances in the Govs series against the Belmont Bruins. 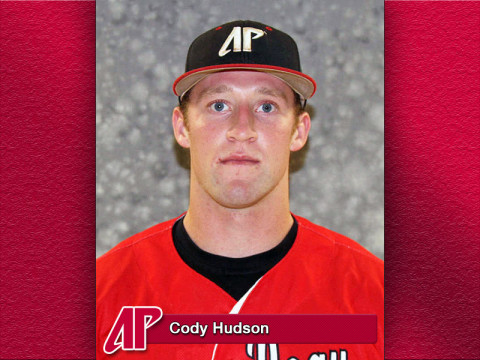 Hudson opened the series with a 1-for-4, RBI outing with his lone hit coming in his final plate appearance. Hudson then went 4-for-4 with a double in Saturday’s outing. He wrapped up the weekend with a hit in his first two plate appearances, including a two-run single in the first inning.

It is the sixth time an Austin Peay player has earned the league’s weekly honor. Hudson earned the March 11th honor and is the second Govs player to be recognized twice by the league. Closer Tyler Rogers twice has been named the league’s Pitcher of the Week.

Austin Peay returns to action when it hosts Evansville in a 4:00pm, Wednesday doubleheader at Raymond C. Hand Park.