Clarksville, TN – In response to the increase in drug and criminal activity around the Exit 4 area, Clarksville Police detectives from District 3 Criminal Investigations began a prostitution operation around the 1st of March, which continued through the 1st of April.

The investigation focused on advertisements that were being placed on Backpage.com. 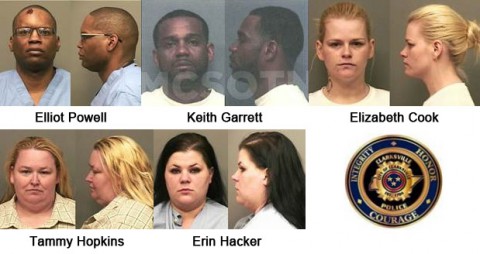 This operation was conducted at various times of the day and different days of the week and will be an on-going operation that will be conducted periodically.

As a result, CPD made the following arrest

The Clarksville Police Department will continue to place ads and monitor this site, as well as others.