Clarksville, TN – On May 17th, the Clarksville Police Department responded a male subject waiving a gun around at Tiny Town Road in front of Publix near the intersection of Peachers Mill Road.

Darren Antonio Smith was booked into the Montgomery County Jail and hasn’t made bond as of the time of this updated release. 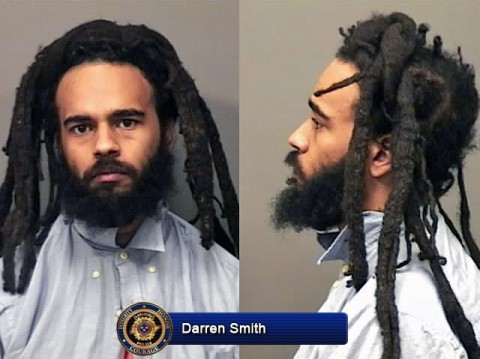 Along with the charges advised last night he was also charged with convicted felon in possession of a firearm and his bond was set at $290,000.

We believe that he was impaired on bath salts but are unable to confirm it at the time of the arrest.

At this time the Clarksville Police Department has nothing further that we can advised.  The citizens that called 911 were a huge help in taking Mr. Smith into custody yesterday.