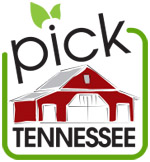 Nashville, TN – Makers of foods or food related products from across the state met in Nashville last week to debut their products, do business and vie for awards at the Tennessee Department of Agriculture’s Pick Tennessee Products Tradeshow. The event was held in conjunction with the Tennessee Grocers and Convenience Store Association’s annual convention.

Among the day’s best were Gold Award winning Chubby Bunny Baby Foods, owned by Madison resident Jem Boyd, who took the top prize for her products made with local produce. The Silver Award went to Bradley’s Chocolate Factory, owned and operated by Knoxville’s Hamlett family. The Bronze Award went to Veronica Hawbaker for her Soberdough Brew Bread, a packaged bread mix.

This was the first time any of the three winning companies had participated in the tradeshow, which is conducted every two years.

The Pick Tennessee Products “Pick of Tennessee” were judged on taste, packaging and originality.

Other companies who garnered honorable mentions were a “My Friend Who Loves to Cook” Sunday Morning Pancake Mix, manufactured by Nashville’s Samantha Williams; and Sophie’s Choice packaged mixes for pretzels and crackers, made by Tracie Graham in Rockwood; and Tilted Palm Beverages, produced by Phillip Connelly in Nashville.

Pick Tennessee Products was developed by the Tennessee Department of Agriculture to help consumers connect with locally grown and produced foods and other agriculture related enterprises.

In addition to food manufacturers, www.picktnproducts.org also posts directories of the state’s county fairs, equine trails and services, local meats and dairies, and agritourism farms and activities of all kinds. A “Pick Tennessee” mobile app is also available from both the App Store for Apple products and from Google Play for Android devices.