Nashville, TN – The Tennessee Titans (1-0) play their home opener this week against the Dallas Cowboys (0-1). Kickoff at LP Field (capacity 69,143) is scheduled for noon CDT on Sunday, September 14th.

Fans are encouraged to participate in the LP PENCIL Box School Supply Drive at the game.

Collection locations will be positioned outside of LP Field to collect items from erasers and pencil boxes to hand sanitizers, colored pencils, pens and rulers.

This is a makeup day for the original drive, which was rained out at the August 9th preseason contest.

This week’s game will be televised regionally on FOX, including Nashville affiliate WZTV FOX 17. Joe Buck will handle play-by-play duties, and Troy Aikman will serve as analyst. Erin Andrews will report from the sidelines.

The Titans kicked off the 2014 campaign last week with a successful trip to Kansas City. Jake Locker passed for a pair of touchdowns, and Ryan Succop was perfect on four field goal attempts in the 26-10 win. The team celebrated its 400th all-time victory in the regular season.

Locker was 22-of-33 passing for 266 yards with touchdown tosses to tight end Delanie Walker and wide receiver Kendall Wright. The fourth-year signal caller finished the game with a passer rating of 111.4, the third-highest rating in his 19 career starts.

Locker and the Titans offense did not commit a turnover, while the defense forced three interceptions, including two by cornerback Jason McCourty. The defense also notched four sacks and limited the Chiefs to one third-down conversion on 12 attempts.

It was the first game for the Titans under the leadership of Ken Whisenhunt, who was named the 17th head coach in franchise history and the third in the “Titans era” on January 13th. Whisenhunt, who spent seven seasons as the head coach of the Arizona Cardinals (2007–2012), improved his record as a head coach to 5-2 on Kickoff Weekend.

Against the Cowboys, the Titans will attempt to go 2-0 to start the season for the first time since 2008. The team is 9-6 in regular-season home openers at LP Field, which was christened in 1999. 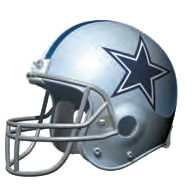 The Cowboys are in their fourth full season with head coach Jason Garrett at the helm. A Princeton product and NFL quarterback for more than a decade (1992–2004), Garrett ascended to his current rank after being hired as the Cowboys offensive coordinator in 2007, and he added the title of assistant head coach in 2008. He was the interim head coach for the final eight games of 2010.

In 2013, Garrett guided the Cowboys to an 8-8 record and put his club in position to play for the NFC East title in the last game of the regular season for the third consecutive year. Five of the team’s eight losses in 2013 came by a combined total of eight points as the Cowboys finished in second place in their division.

Last week the Cowboys opened their season at home against the San Francisco 49ers. Four total turnovers by the Cowboys—all in the first half—were too much to overcome despite 281 passing yards by Romo and 118 rushing yards by DeMarco Murray. Ultimately, the 49ers prevailed 28-17.

Titans-Cowboys Series At A Glance

KR Leon Washington needs one kickoff return for a touchdown to become the NFL’s all-time leader (currently tied with Josh Cribbs
for first in NFL history with eight).

The Titans and Cowboys have met just 13 times during the regular season, with the series leaning 7-6 in favor of the Cowboys. The Titans defeated the Cowboys in the most recent matchup, winning 34-27 at AT&T Stadium on October 10th, 2010.

The teams first played each other in Dallas in 1970, the first year of the NFL/AFL merger. The Cowboys were victorious with a 52-10 win on their way to their first NFC title and an appearance in Super Bowl V.

With their 31-0 shutout of the Cowboys, the Titans clinched the AFC Central Division Championship, finishing the regular season with a 13-3 record for the second consecutive year. In 2002, the Cowboys hosted the Titans in their home opener and won 21-13.

The teams last met at LP Field in Week 4 of the 2006 campaign (October 1st), in a game won by the Cowboys 45-14. Then-Titans quarterback Vince Young recorded his first career start in the loss.

While their regular season meetings have been infrequent, the two former in-state rivals once met routinely in the preseason. They have played a total of 34 preseason contests, including match-ups in a string of 31 consecutive preseasons from 1967-97. No other team has played more preseason games against the Titans/Oilers than the Cowboys.

Most recently, the Titans helped open the new AT&T Stadium (then called Cowboys Stadium) on August 21st, 2009 with a 30-10 preseason loss.

In Week 5 of the 2010 season, Chris Johnson rushed for 131 yards and two fourth-quarter touchdowns, and Vince Young completed two touchdown passes in a 34-27 victory at Cowboys Stadium.

Tennessee scored the game-winning touchdown with less than four minutes to play in the game. After the Cowboys tied the score at 27-27, rookie Marc Mariani returned the ensuing kickoff 73 yards to the Dallas five-yard line. On third-and-goal from the one-yard line, Johnson took a handoff from Young and punched the ball across the goal line.

The Cowboys had two more possessions to try and tie the score. The first ended on downs, and the second was cut short with an interception by linebacker Stephen Tulloch with less than a minute on the clock.

After jumping out to an early 10-point lead, the Titans never trailed in the game. On their first series, two pass interference penalties on the Cowboys—both called on Mike Jenkins as he covered receiver Kenny Britt—resulted in 48 yards for the Titans. Young capitalized on the opportunity with a 24-yard touchdown pass to Nate Washington.

On their second drive, the Titans marched 52 yards on nine plays, and Rob Bironas gave them a 10-0 lead with a 52-yard field goal.

After a 51-yard field goal by Cowboys kicker David Buehler, the Titans scored for the third time in their first three drives. Two plays after a 29-yard run by Chris Johnson, Young connected with Britt on a 12-yard touchdown pass to give the Titans a 17-3 lead.

The Cowboys bounced back with 14 consecutive points to tie the game. Late in the second quarter, an eight-play, 75-yard drive ended with a six-yard touchdown pass from Romo to Roy Williams.

Two plays were reviewed and went against the Titans on the drive—the first reversing a Vincent Fuller interception and the second upholding a 27-yard reception by Williams on the play before the touchdown. Then, on the third play of the second half, Romo completed a pass in traffic to Miles Austin that resulted in a 69-yard touchdown.

Later in the third quarter, Dallas had two chances to take the lead but came up empty. Buehler missed a 44-yard field goal, and then, after the Cowboys drove 70 yards on their next drive, Michael Griffin intercepted a pass in the end zone.

On the first play after the Griffin interception, Young looked deep for Britt, who caught the pass and fell to the ground on the Dallas 28-yard line. He got up and raced to the end zone for what appeared to be an 80-yard touchdown.

However, a Dallas replay challenge revealed that Britt was down by contact, and the Titans settled for a 40-yard field goal to go ahead 20-17. The pass to Britt was officially 52 yards.

After the Cowboys tied the game with a 26-yard field goal in the fourth quarter, Titans rookie cornerback Alterraun Verner recorded his first career interception deep in Cowboys territory and returned the ball to the one-yard line. Johnson scored his first touchdown of the game on the next play.

The subsequent kickoff landed out of bounds, setting the Cowboys up with possession at their own 40-yard line. A 27-yard reception by Williams led to an 18-yard touchdown catch by tight end Jason Witten that helped knot the score for the final time before Mariani’s long return.