Montgomery County, TN – A man who made threats through social media early Friday, October 24th, about committing a shooting at a football game was quickly apprehended at Clarksville High School.

Around noon Friday, SRO Deputy Jesse James received a tip of possible threats from a man who planned to show up to a high school football game and commit a shooting. 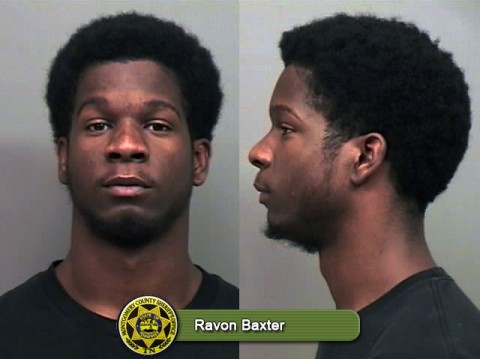 James made other SRO’s aware of the threat and sent out a picture of the suspect.

“I approached him and pulled him to the side,” said Silva. “He said he had a weapon, and that’s when I found him to be in possession of BB guns.”

Silva apprehended Ravon Baxter, 18, just before halftime. He is filing charges of possessing a weapon on school property and possession of a prohibited weapon.
He is currently awaiting booking and his bond amount is to be determined.

“I’m very proud of our school resource officer program,” said Captain Jesse Reynolds. “There were great efforts made today by both SROs and school official to neutralize this threat.”

Added Fuson, “Our SROs are very diligent when it comes to the safety and security of their students. I am proud of the teamwork that they showed here tonight to thwart another potentially serious situation.”