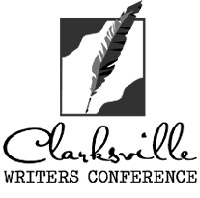 The banquet is a stand-alone part of the conference, and Clarksvillians may attend it even if they do not register for the two days of workshops and readings.

Reservations may be made through the AHDC website, www.artsandheritage.us/writers or by sending a check for $50.00 to AHDC, P.O. Box 555, Clarksville, TN 37043.

The award, established by AHDC to honor Clarksville Writers Conference founder Patricia Winn, carries a $1,000 stipend and recognizes an outstanding work of Southern fiction published within the last two years. Nominations of Southern novels were made by area librarians last fall, and the conference organizing committee selected the winning work.

Fort Campbell Sink Library Director James Moore nominated McCrumb’s Revolutionary War novel, King’s Mountain (St. Martin’s Press, 2013), which tells the story of the Overmountain Men in the American Revolution. One reviewer on goodreads.com commented, “It is a rich and informative coup in historical writing, bringing dead history to life, as do McCrumb’s other novels.”

The conference committee agreed and voted unanimously to offer the Winn Award for this book, which features Tennessean John Sevier, as one of its major characters.

Among McCrumb’s New York Times bestsellers are The Ballad of Tom Dooley, The Ballad of Frankie Silver, She Walks These Hills, The Rosewood Casket and Ghost Riders, which won the Wilma Dykeman Award for Literature from the East Tennessee Historical Society and the national Audie Award for Best Recorded Book.

Her next novel, Prayers the Devil Answers, will be published in late 2015 by Atria, a division of Simon & Schuster.

“My books are like Appalachian quilts,” McCrumb says. “I take brightly colored scraps of legends, ballads, fragments of rural life, and local tragedy, and I piece them together into a complex whole that tells not only a story, but also a deeper truth about the culture of the mountain South.”

In addition to presenting programs at universities, libraries and other organizations throughout the nation, Sharyn McCrumb has taught a writers workshop in Paris and served as writer-in-residence at King University in Tennessee, as well as at the Chautauqua Institute in western New York.

A graduate of UNC Chapel Hill, with an M.A. in English from Virginia Tech, she lives and writes in the Virginia Blue Ridge. Visit Sharyn McCrumb on the web at www.sharynmccrumb.com