Clarksville, TN – Despite the new school year just around the corner, Austin Peay State University’s softball team was able to discover a late-summer gem from the Golden State for the 2015-16 season with the signing of third baseman Danielle Liermann. 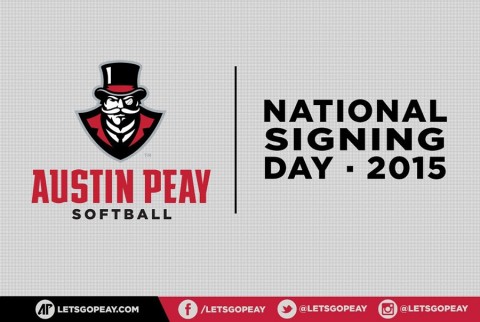 Liermann is from Simi Valley, CA, and prepped at Simi Valley High School (17-8) where she helped the Pioneers to the Coastal Canyon League title this past season.

As a senior, Liermann led Simi Valley with a .442 batting average and a .597 slugging percentage as well as runs scored (18) and hits (34). She also recorded five doubles, two triples and a home run, while driving in 15.

“The first thing that jumped out for me when I saw her was her offensive abilities,” APSU coach Shane Showalter said. “She is a huge offensive threat, who I believe will be a big slugging percentage kid—an RBI kid—someone who will be in the middle of the (batting) lineup.

“I’ll be honest when Arkansas jumped in the (recruiting her) mix I was a little nervous.. But luckily having a lot of coaching connections in California and talking to her coach and him knowing some of the same people that I do and the way we run a program he helped in her deciding to come to Austin Peay.”