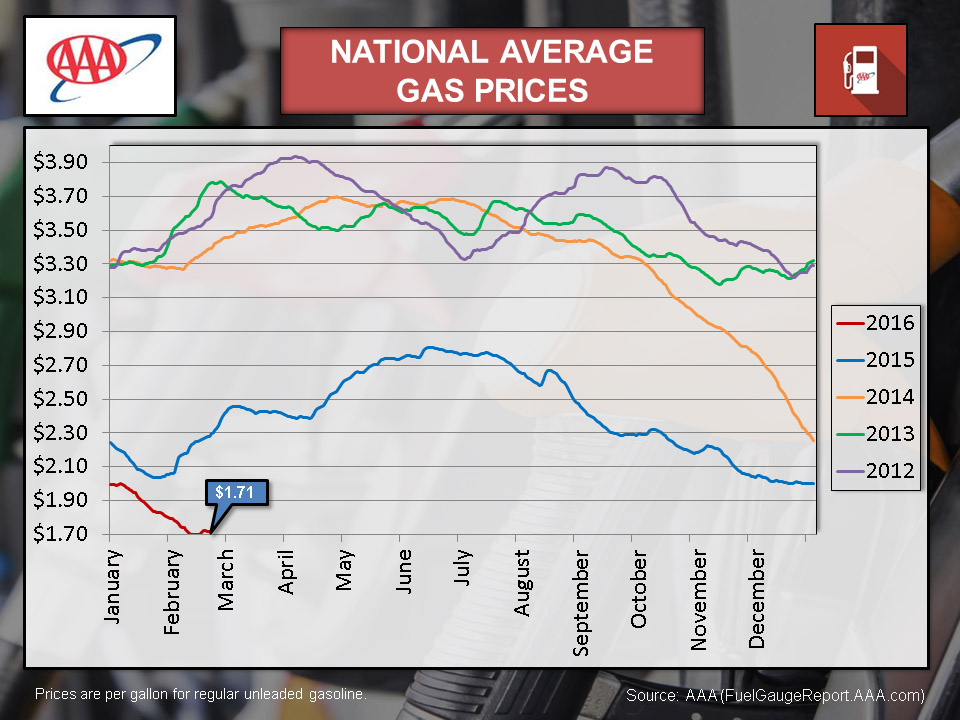 Tampa, FL – Motorists may soon begin to find some volatility at the gas pump. The national average price for gasoline rose for four consecutive days last week – the longest streak of increases since December. Prices in the southeast are also beginning to turn volatile. 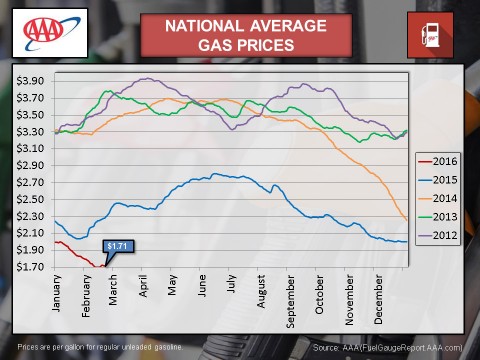 “Gas prices only increased fractions of a cent last week, but we could soon see larger increases in the coming months,” said Mark Jenkins, spokesman, AAA – The Auto Club Group. “It is possible we are seeing the lowest prices for the season. Oil prices also have been up over the past week, and that has had an impact on gas prices in the south. Of course, supplies are still very abundant and oil still has the potential to drop, so nothing is guaranteed.”

The price of oil averaged $30.03 last week – the highest weekly average in two weeks. Daily settlements of WTI reached as high as $30.77 and as low as $29.04. Crude oil prices continue to move on future speculation about supply and demand. 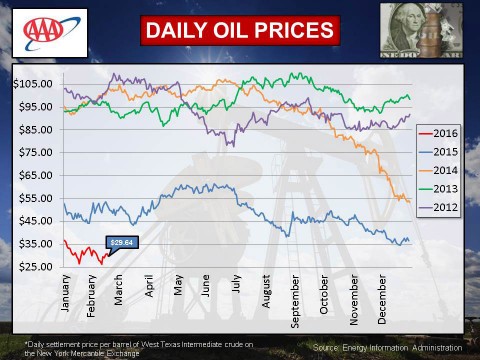 Prices rallied earlier in the week on news that an agreement was on the horizon to hold production levels steady; however, the future of the deal and its overall impact on supply remains in question due to Iran.

Sanctions were recently lifted on the OPEC member country, and to date Iran has yet to fully agree to the proposed cuts.

More and more refineries are expected to conduct maintenance over the next month or so, which could place upward pressure on gas prices. This maintenance reduces fuel production, which can also lead to a reduction in supplies. Refineries conduct this maintenance in advance of the busy summer driving season to do repairs and prepare for the switch to summer-blend fuel.

The EPA requires a different blend of gasoline in the summer in order to meet air quality standards. These blends cost more to produce and the costs are passed on to consumers.

Historically, prices have risen an average of 50 cents from February to June, but prices may not increase that much this year, since supplies are so plentiful.

Current and Past Prices Averages