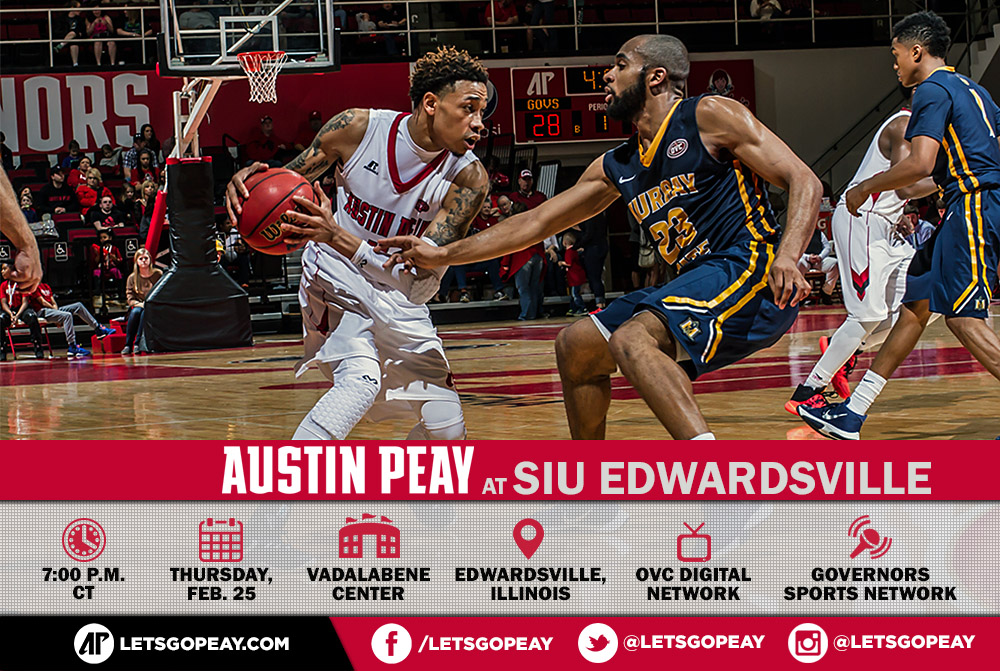 Edwardsville, IL – Austin Peay State University men’s basketball team enters the weekend no longer in position to control its own destiny as far as a possible Ohio Valley Conference tournament appearance is concerned.

The Governors and Eastern Kentucky are tied for eighth (and the final OVC Tournament spot) at 5-9 with two games to play. 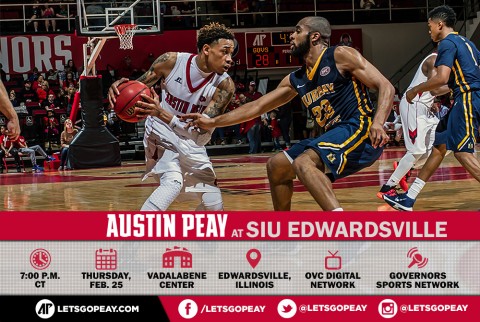 Jacksonville State is one game back at 4-10, serving as host to Eastern Kentucky, Thursday night.

The Govs must finish ahead of the Colonels in the standings as EKU holds the tiebreaker, having beaten APSU in the two teams’ only meeting back in early January. Austin Peay holds any tiebreaker with JSU for the same reason.

That is the Governors fate as they head to Edwardsville to face the Cougars in a 7:00pm, Thursday contest. Bottom line, the Govs need to win both Thursday at SIU Edwardsville and 6:30pm, at home Saturday against Southeast Missouri or they will not be participating in next week’s OVC tournament in Nashville.

Sophomore guard Josh Robinson (16.2 ppg) played a huge role in the previous matchup when it appeared SIUE was going to walk away with a road win in Dave Aaron Arena. Robinson hit a game-tying three at the buzzer and then scored seven overtime points as APSU prevailed 90-86.

The contest will be the finale for the Cougars under first-year coach Jon Harris. They incurred a narrow loss at home to Murray State, February 11th, before reeling off consecutive road wins at Eastern Illinois and Southeast Missouri before suffering second-half struggles against UT Martin in that road defeat.

Guard Burak Eslik has been a consistent forced for the Cougars, averaging 14.2 ppg, while freshman Carlos Anderson (10.3 ppg) has been on the incline during OVC play.

SIUE would love nothing better to send out their seniors—Mike Chandler, Grant Fiorentinos, Jake Newton and Connor Wheeler—with a win and carry that momentum into the offseason.