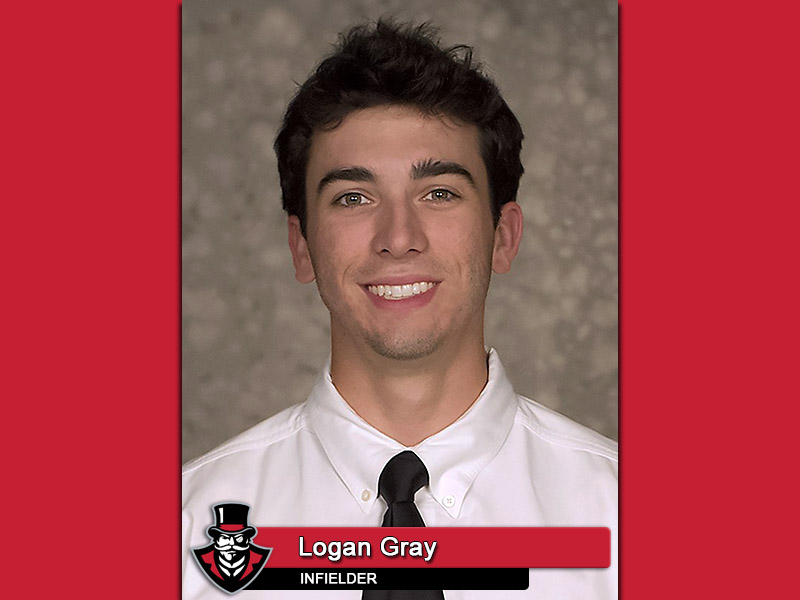 Clarksville, TN – Junior Logan Gray, of the Austin Peay State University baseball team, has been named the Copies in a Flash APSU Athlete of the Week.

In hitting .611 (11-for-18) with four home runs, 14 RBI and seven runs scored last week, Gray not only led the Govs to a sweep in their Ohio Valley Conference series against Eastern Kentucky and a midweek win against Lipscomb. 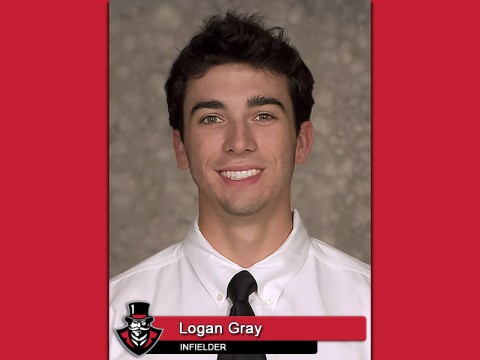 Gray opened the series against the Colonels with his first career start in left field and went 4-for-5 with four RBI and closed the series out with a 3-for-5, five-RBI day that included his third career multi-home run outing. After singling earlier this week against eighth-ranked Vanderbilt, Gray now carries a career-best 10-game hitting streak into the weekend.