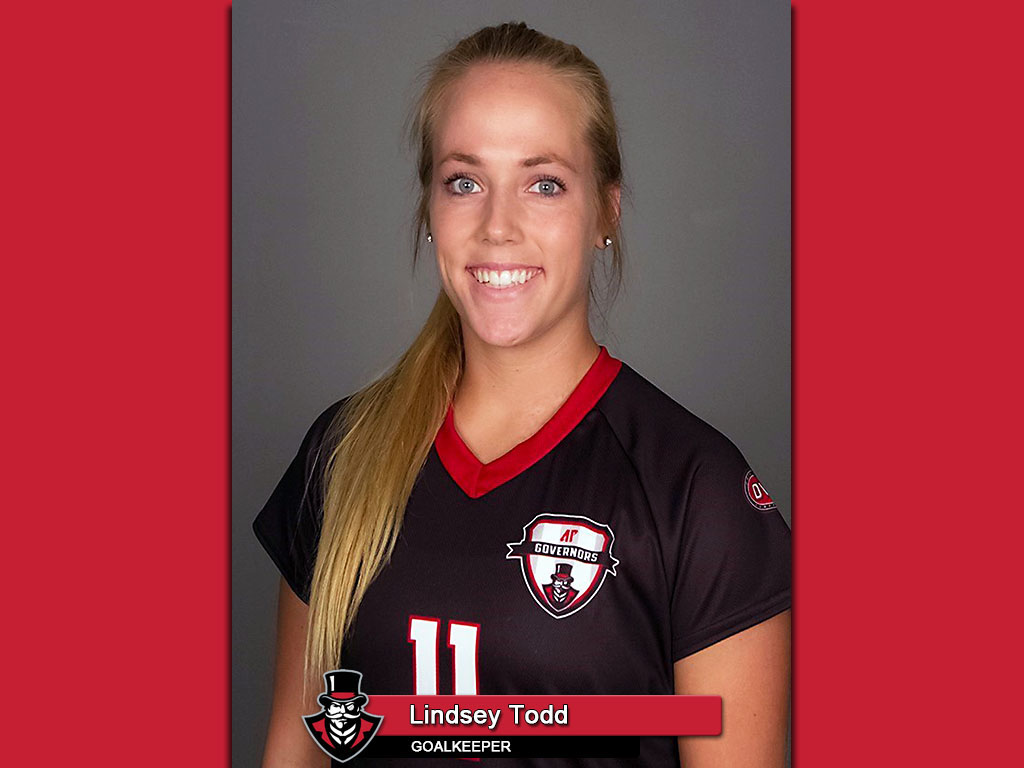 The award is Todd’s second of her career after winning on October 27th last season. 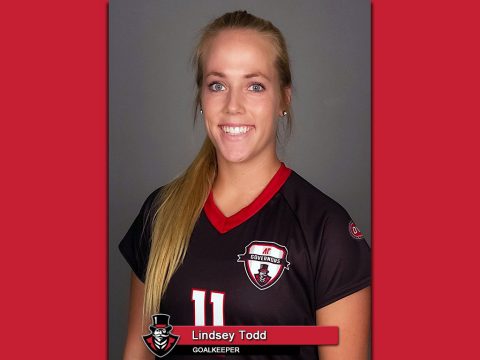 Todd began the season splitting minutes with freshman Mary Parker Powell, but claimed the starting spot, September 18th against Chattanooga, before starting every OVC match on the schedule.

In conference play with Todd between the posts, the Governors allowed just six goals, tying for the second-lowest total among league competitors.

Austin Peay finished the season with three consecutive shutouts, including holding OVC regular season champions Murray State to no goals, Thursday. Todd made four saves in the contest, including a highlight-reel save on Harriet Withers in the second half.

Statistically, Todd posted impressive numbers, including a 0.68 goals against average which ranked second in the OVC and 29th nationally. In addition, the Brentwood Tennessee native finished with an 8-2-4 record and seven shutouts.

Todd’s final numbers put her among the premier single-season performances in program history – her goals against average and shutout totals rank second all-time. She also moved up the career charts, up to a tie for second in overall shutouts with 11.