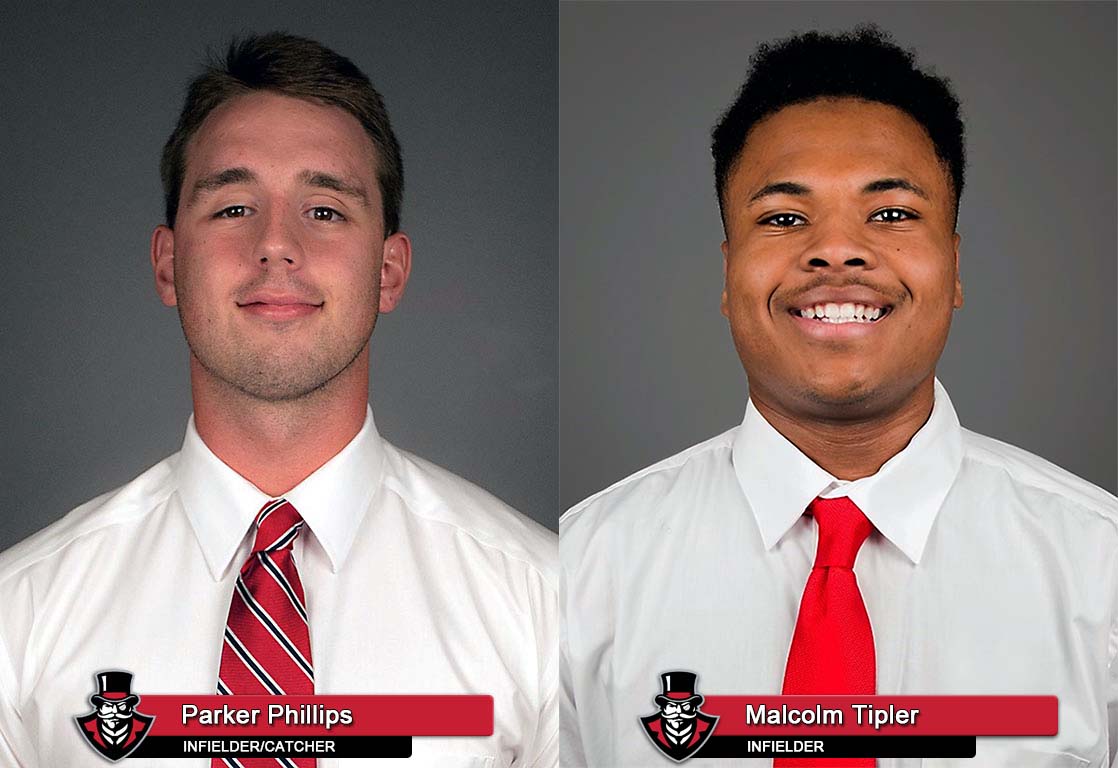 Phillips, from Collierville, Tennessee hit 11 home runs during the regular-season, tying the Governors record for home runs by a freshman. 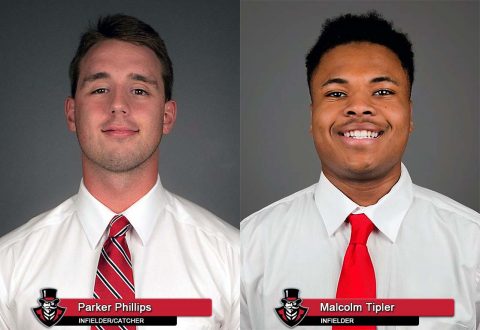 That mark has stood for 20 seasons since Lance Wampler hit 11 home runs during the 1997 campaign.

Phillips also broke Austin Peay’s single-season record with 20 times hit by pitch during the season, breaking the mark set by Tyler Childress in 2012.

But those two records are just high marks in a stellar season at the plate for Phillips. He led the Govs in runs scored (47), slugging percentage (.628) and on-base percentage (.452). Phillips was second on the team in batting average (.337) and doubles (15).

Another of the Govs cadre of utility men, Phillips started at four different positions in 2017. He began the year as APSU’s starting third baseman before moving behind the plate for the first time since his grade school days. Later in the season Phillips also gained some time at first base while also making the occasional appearance at designated hitter.

Jackson Tennessee native Tipler is the Govs Cinderella story this season. The All-Region selection was overlooked and came to the Austin Peay campus as a regular student majoring in criminal justice. Tipler answered a call for walk-ons during the fall and earned a roster spot as the fall practice slate concluded. That has turned into Tipler becoming a key starter at both middle infield positions this season, and ultimately gaining OVC All-Freshman Team honors.

Tipler played in 40 contests and started 22 games for the Govs during the regular season and batted .304 with two home runs and 18 RBI. His biggest single-game impact came in Austin Peay’s lone win of the Eastern Kentucky series, April 15th, when he supplied six RBI in a 2-for-5 outing that included a game-winning three-run home run.

Since that outburst, Tipler has started 19 more contests and concluded the regular season batting .338 in those starts with 16 RBI. He also has supplied key starts in left field, second base and shortstop during that stretch.