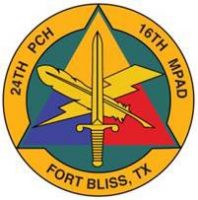 His encouraging tone and informal demeanor creates a relaxed atmosphere for an open dialogue with the evaluated troops.

Dittler is one of the many observer controllers of the Network Integration Evaluation 17.2 working to evaluate the effectiveness of participating units and their use of newly developed systems to enhance the combat readiness of the force in a rapidly changing operational landscape.

“We train and evaluate the unit and provide them feedback to determine whether or not the units, and in this case the systems they’re testing, are fit to be deployed to a combat environment,” said Major Josh Howard, the senior fires observer controller from the Training and Evaluation Division of Joint Modernization Command.

Through controlling the force-on-force actions on the battlefield, ensuring training safety, and providing real-time feedback on unit performance, OCs work directly with soldiers throughout their time in the field to improve their overall operational effectiveness.

Dittler has found it rewarding to train and work with soldiers from 1-320th FA’s intelligence team throughout the exercise.

“It’s thought provoking,” Dittler said. “It’s about working through what the enemy is going to do whether it be through conventional or unconventional means. It’s discussion based: more heads are better than one.”

In addition to working as the on-the-scene trainers and evaluators, OCs will assist the Integration and Assessment Division of Joint Modernization Command in writing a detailed report on all the systems under test and evaluation during NIE, Howard said. That report will ultimately help decide which systems the Army will adopt and how they will be integrated into the force.

OCs also produce in-depth after action reports to provide unit commanders with an assessment of their unit’s performance and a basis for their annual training doctrine as the Army’s operational environment shifts away from a focus on counterinsurgency.

“For the last 10-plus years, the main fight has been COIN, so very few units are actually really familiar with that conventional fight,” Dittler said. “As an instructor teaching doctrine, one of the key things that we can bring into that is the doctrine of what [an opposing] conventional unit would do.”

As an intelligence analyst, Dittler credits the broad range of experience available in current units in assisting through this transition in the intelligence field. Having both senior leaders familiar with COIN and junior soldiers with recent conventional training have proved invaluable to the units he is observing at NIE, he said.

“Watching these individuals really kind of bring their collective knowledge together to make products and help the commander make decisions is quite nice,” Dittler said.