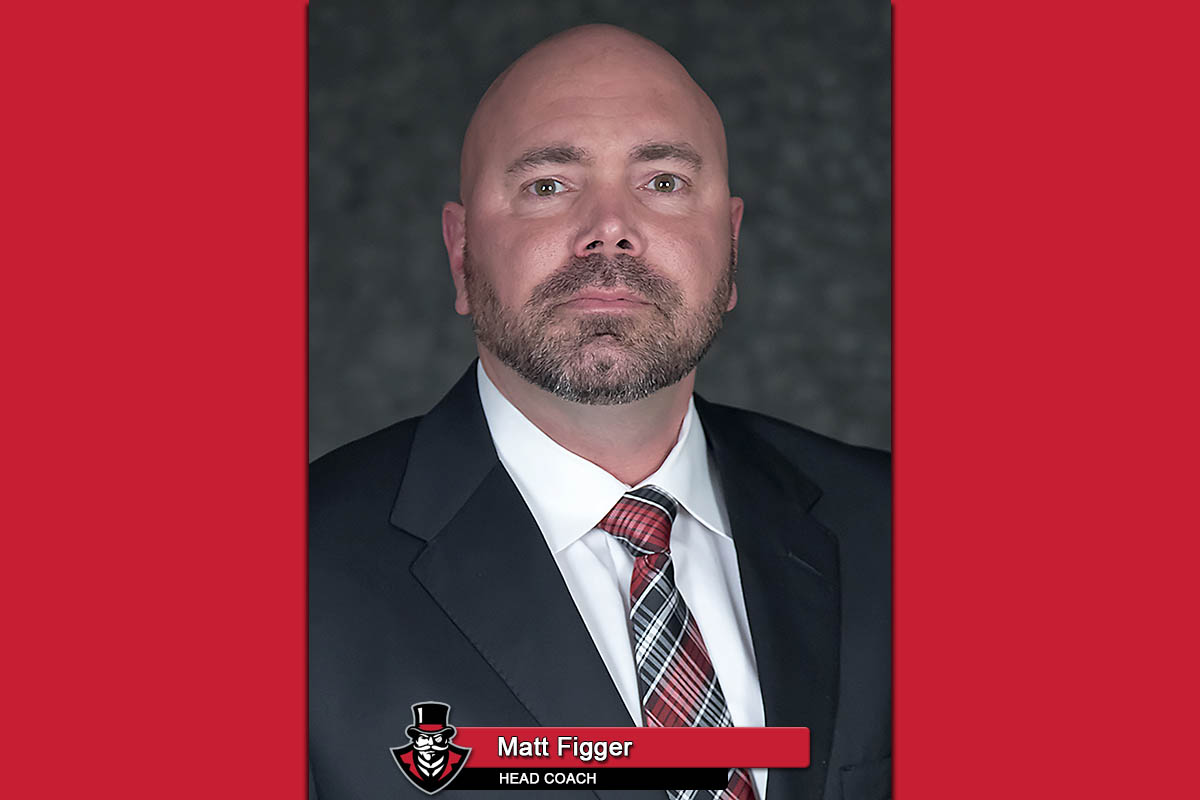 Brentwood, TN – First-year head coach Matt Figger and the dynamic low-post duo of senior Averyl Ugba and freshman Terry Taylor are all new to the Ohio Valley Conference, but they have left an indelible impact on the league.

Tuesday, Figger was named OVC Coach of the Year, while Taylor earned Freshman of the Year honors. Taylor and Ugba, the graduate transfer from Grambling State, both were named First-Team All-OVC and to the All-Newcomer team via a vote of the league coaches and sports information directors. 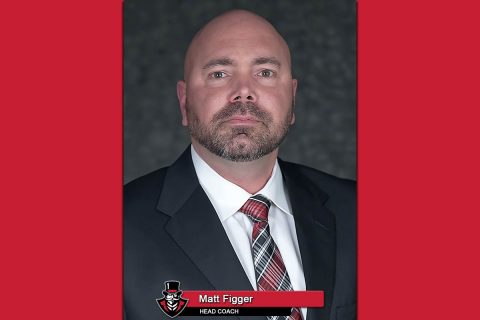 With a 17-13 overall mark in his first season, including a 12-6 record in league play which granted the Govs the No. 3 overall seed and a bye to the quarterfinals of this week’s OVC Tournament, Figger becomes the fourth head coach in Austin Peay history to take OVC Coach of the Year honors, joining George Fisher (1966-67), Lake Kelly (1972-73) and five-time honoree Dave Loos, the only other APSU head coach to gain league Coach of the Year in his first season (1990-91).

The Jenkins, Kentucky native is the first OVC coach to earn Coach of the Year honors in his first season at the helm since Steve Prohm (Murray State, 2011-12).

Under Figger’s tutelage, the Governors made one of the NCAA’s largest defensive turnarounds this season; Austin Peay went from allowing 83.8 points per game (ppg) last season to 71.2 ppg in 2017-18, with the -12.6 ppg the second-largest drop in points per game in the nation behind only Central Michigan (-16.1 ppg). Some of those single-game milestones included holding Alabama A&M to 47 points on December 2nd—the first time APSU held an opponent below 50 points since Brescia in 2010 and the first Division I foe the Govs held below 50 since 2008 against Samford.

The Govs under Figger have been a pesky defensive unit, winning the turnover margin by double-digits on three occasions and forcing an average of 23.6 turnovers per game from November 16th (Oakland City) to December 6th (Illinois). And when injuries and illness took a toll, Figger proved he could do more with less, winning late-January contests against Eastern Kentucky and Morehead State despite dressing just nine players.

The Governors posted a six-game win-loss improvement in Figger’s first season, 45th-best in the NCAA. 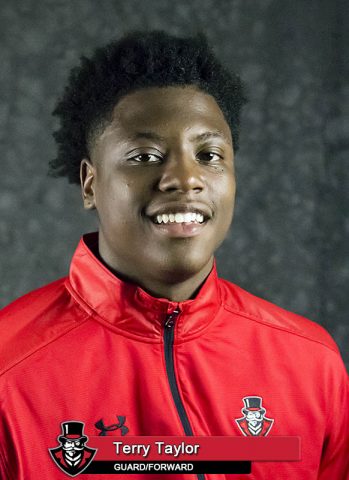 Taylor hit the ground running with a team-high 15 points against Vanderbilt in his collegiate debut and kept the pedal to the metal for the entirety of his first season in Clarksville, averaging 15.2 ppg and 7.9 rebounds per game (rpg) while leading the team not only in scoring but three-point shooting (44.4 percent) and minutes (30.9 per game).

The Bowling Green, Kentucky native has reached rarefied air in his first season. With 457 points during his freshman campaign, Taylor ranks third all-time in program history for single-season scoring by a freshman. And entering the tournament, he has secured 112 offensive rebounds, tied for 18th with Seton Hall’s Angel Delgado (2014-15) for most offensive rebounds by a Division I freshman since the 2009-10 season.

With 10 double-doubles, Taylor is the only player in recorded OVC history to reach double-digit double-doubles during his freshman campaign, a mark which ties him for 55th nationally and ninth among freshmen, along with Eric Williams Jr. of Duquesne. Seven of those double-doubles came in OVC play, in which the Govs earned a 6-1 record.

Pick a game this season and Taylor has been one of the central performers for Austin Peay. 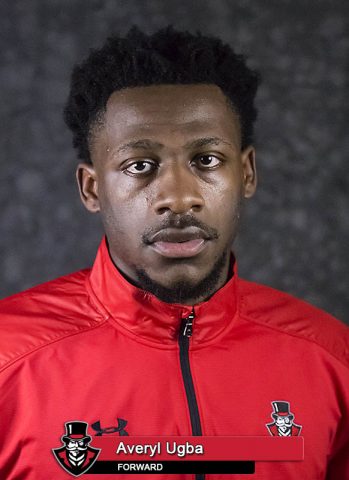 Ugba, Taylor’s partner in crime on the low block, was equally adroit for the entirety of the campaign, giving the Govs a one-two punch in the post unmatched across the league. For the season, Ugba earned eight Newcomer of the Week honors across the campaign, the most since the league began handing out Newcomer honors during the 1985-86 season. For the season, the 6-7, 225-pound specimen averaged 15.0 ppg and a team-best 8.1 rpg on 54.3 percent shooting.

The Silver Spring, Maryland native broke out with 17 points and 11 boards in the home opener against Oakland City and sank the game-tying three-pointer with 1.1 seconds left to force overtime at Evansville, but the conference slate is where he truly shined brightest. He posted 17.1 ppg on 55.9 percent shooting and a league-high 9.1 rpg against OVC opponents, averaging 1.3 blocks as enforcer of the Austin Peay interior on defense.

In his first appearance against defending tournament champion Jacksonville State, Ugba was an absolute beast, going for 35 points and 12 rebounds and hitting 17 field goals—most in the league this season and second-highest tally in a single game in the NCAA behind only Lipscomb’s Rob Marberry—to help the Govs secure their season’s first road victory.

Ugba closed the season on a tear, averaging 17.8 ppg over the final 10 games of the campaign. That included a particularly-dominant three-game stretch against Morehead State, UT Martin and Southeast Missouri that saw him average 24.7 points on 61.9 percent (26-of-42) shooting and 13.3 rebounds.

Against the Eagles and Skyhawks, he became the first Gov since Horton to have back-to-back games with 15 or more points and rebounds, putting up an 18-15 game against Morehead State and a 28-17 performance against the Skyhawks, with the rebounding mark against UT Martin ranking second this season in single-game boards by an OVC player.

Figger, Taylor, Ugba and the rest of the Govs will enter the 2018 OVC Tournament fray with a 8:30pm, Thursday quarterfinal contest at the Ford Center in Evansville against the victor of the Eastern Illinois-Tennessee State contest.