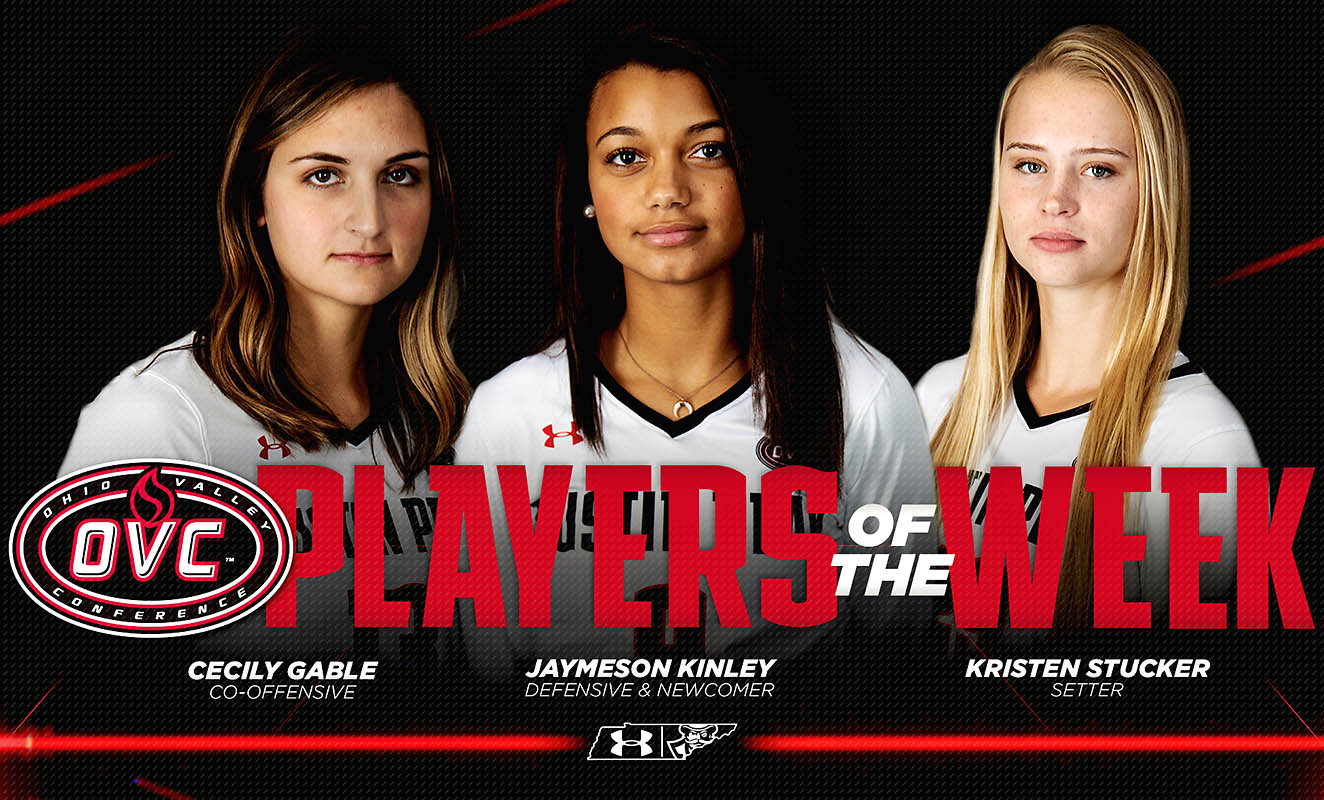 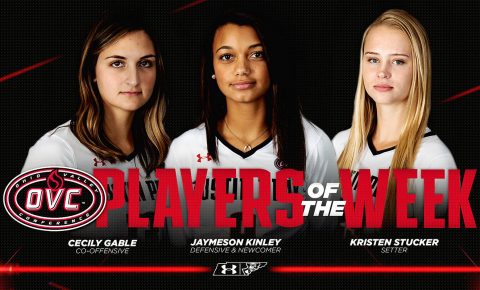 Senior outside hitter Cecily Gable was named the league’s co-Offensive Player of the Week along with Tennessee Tech middle blocker Rachel Thomas.

Senior setter Kristen Stucker was named the Setter of the Week for the 14th time in her career.

Gable, of Memphis, was named the UMKC Kangaroo Klassic’s Most Valuable Player after leading the Govs with 53 kills during the tournament. She set her single-match career high with 19 kills in the Govs five-set win against host UMKC. Gable also tied her career high in the season’s first two matches, recording 17 kills against both Western Michigan and South Dakota State.

Johnston, Iowa product Stucker picked up where she left off last season, recording 128 assists (10.67 per set) while marshaling the Govs to a .214 team attack percentage. She recorded double-doubles against South Dakota State (48 assists, 13 digs) and UMKC (47 assists, 11 digs). Stucker also finished with 11 kills, 32 digs and eight blocks during the tournament.

Kinley, of Lexington, Kentucky, opened her collegiate career with a flourish in posting 66 digs (5.50 per set) in Kansas City. After recording 16 digs against both Western Michigan and South Dakota State, she came up big with 34 digs in the win against UMKC to cap the trip. Kinley also posted a .944 serve receive percentage (five reception errors on 89 serve receipts), 16 assists and three kills.

The Governors will take their unblemished 3-0 record back on the road this weekend when they travel to the MT Blue Raider Invitational. Austin Peay will face host Middle Tennessee in a 7:00pm, Friday contest before facing Stetson and Troy during Saturday action in Murfreesboro.