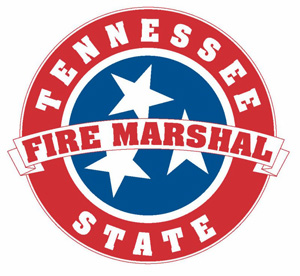 “Going to college includes many new experiences, like students living on their own and cooking for themselves,” said Tennessee Department of Commerce and Insurance Commissioner and State Fire Marshal Julie Mix McPeak. “We encourage students living both on and off campus to practice fire safe behaviors in all aspects of their lives as they transition to living on their own.”

The National Fire Protection Association (NFPA) reports that fire departments responded to an average of 4,100 structure fires in dormitories, fraternities, sororities, and other related properties from 2011-2015. Additionally, since 2000, 132 individuals have lost their lives in fires occurring in on-campus buildings, off-campus housing, or in Greek housing.

SFMO data records that two students have been killed in campus-related fires in the Volunteer State since 2000. A fire on the top floor of a residence hall claimed the life of a 20-year-old student at Southern Adventist University (Collegedale) in 2005. The section of the building was not equipped, at that time, with an automatic sprinkler system. In 2012, an early morning fire killed a 20-year-old University of Memphis student living in an off-campus apartment.

Many campus-related fire fatalities have common factors such as a lack of automatic fire sprinklers, missing or disabled smoke alarms, careless smoking habits, and the misuse of alcohol — which impairs judgment and hampers evacuation efforts.

To help students protect themselves from the dangers of fire, the SFMO is sharing the following campus fire safety tips from the National Fire Protection Association (NFPA):