HomeCommentaryDodging the Roadkill: The Future For Harley Davidson
Commentary

Dodging the Roadkill: The Future For Harley Davidson

Clarksville, TN – This is STRICTLY my opinion and I’m NOT an expert, so take this as you will.

All of us have our favorite motorcycle brand, and we all have our reasons for it.  When I started riding three years ago, I was always going to ride a Harley.  I think EVERYBODY wants to ride a Harley at some point and I was one of them.

I wanted to explore the culture and the people.  I was new to the lifestyle and it was all very intriguing.

There was no science to my decision. 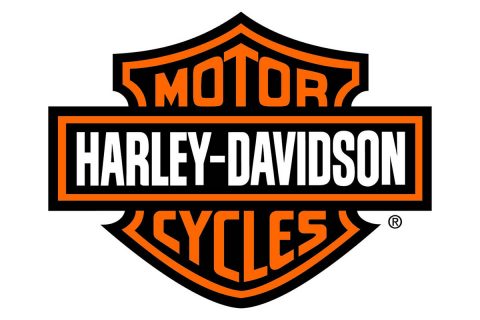 Since I started riding, I’ve ridden Indians, Hondas and a Triumph.  I really liked the Indian, but the Honda Gold Wing just wasn’t as comfortable for me to ride, even though I feel it’s a superior machine.

And the Triumph?  Well, let me just say that that was just TOO damn much power for me.  Thing darn near took off without me!

I don’t have any particular allegiance to any brand of motorcycle, yet most of you do.  I’ve read opinion after opinion about how good or bad the Harley is.  Personally, I’ve had great success with Harley.

I know people who absolutely LOVE their Indian, and I ride with some guys who LOVE their Gold Wing.  It doesn’t matter to me, as long as we ride.

Harley Davidson has been having trouble selling motorcycles of late.  Their core customer has grown older, and they apparently haven’t been able to appeal to the younger rider like they once did.  In my opinion, there are several reasons for that.

Harley’s are expensive.  Even an entry level bike is going to be a challenge for a young rider.  Forget about the touring models, they are $25,000 and above, brand new, and not many young bikers can afford it.

Their sport bikes are less expensive, but not like they used to be.

Also, there are a LOT of used bikes on the market.  Harley owners, for some reason, trade their bikes after a couple of years and with very few miles on them.  Why buy a new one, when there’s a used one that fits your needs?  I’ve always understood that you get the most trade-in value for your Harley if you trade before 40,000 miles.  After that, not so much.

I’ve bought three bikes in three years.  I’m not bragging about that, and I probably didn’t need to do that, but I’m retired and I worked my “arse” off to do what I want at this time of my life, so that’s where I am.  If I was 40 and still raising a family and running a business, I would still have my first bike.

I traded my first bike at 37,000 miles.  I traded my second bike at 67,000 miles.  I firmly believe I could have ridden those bikes into the ground, but I like a new bike every now and again.  I know some guys who have had their bike over thirty years.  I met a biker from Canada last year who was still riding his 1985 Honda Gold Wing.

To each his own!

The Harley Davidson company faces many challenges and gets most of the headlines.  Their fourth quarter financial reports were not good. According to Wall Street, Harley shares were down 8.54% to $50.57 per share after the company reported earnings for the quarter.

The company said they delivered over 47,000 bikes during the time period.  Sales were down 11% over the same period last year.

All that “mumbo jumbo” financial speak means one thing.  Harley Davidson needs to hitch up their britches and turn things around.  Every great American company has done just that, and I don’t think Harley is any different.

Not all of the so called “experts” are willing to write them off, and many financial institutions are still solid on Harley stock.

Like it or not, Harley Davidson runs through the veins of every biker, regardless of what you ride. Everybody has ridden or IS riding a Harley and people who will never ride a motorcycle, probably have a Harley t-shirt or cap.

American institutions don’t just fade away.  They dig deep and work their way through the bad times.

I’m hoping that better days are ahead for Harley Davidson because it’s good for the entire industry to have Harley around.