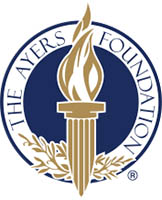 Nashville, TN – The Ayers Foundation, created in 1999 to sustain and significantly improve the quality of life in Tennessee, has made a notable gift to Tennessee Wildlife Federation in support of its efforts to fight invasive Asian carp in the state’s waters.

Tennessee Wildlife Federation is one of the largest and oldest nonprofits dedicated to conserving the state’s wildlife and natural resources. Its public policy work has increasingly focused on Asian carp as the invasive species, and the damages they cause, spread through Tennessee’s waterways.

“Carp are known for jumping when startled. The risk of being hit by a 60-pound fish is driving many recreational boaters off our waters. And below the surface, they outcompete our native fish for food and are rapidly destroying our best fisheries,” Butler stated.

An avid angler, Jim Ayers acutely understands the impact these species have on outdoorsmen and women. The Ayers also recognize the broader effects Asian carp are having on entire local economies in West and Middle Tennessee and the growing dangers as the species spread eastward.

Contributing to Tennessee Wildlife Federation complements one of the missions of The Ayers Foundations, which is dedicated to conservation.

“Wildlife conservation can seem disconnected from the daily lives of many Tennesseans,” said Kendall McCarter, chief development officer for Tennessee Wildlife Federation. “The Federation is thankful for visionary philanthropists like Jim and Janet, and The Ayers Foundation, who understand how our natural resources underpin much of Tennessee’s economy and our traditions.”

The Federation has secured targeted state funding to begin the most basic work needed to reduce Asian carp numbers in Tennessee’s waters. With the Ayers’ support, the organization is building on that success by coordinating a multi-state effort to secure largescale federal funding to address invasive Asian carp regionally.

These funds would support a three-pronged approach of erecting barriers at locks to stop the movement of carp, incentivizing and expanding commercial fishing to remove Asian carp from our waters, and monitoring and researching progress to find areas for improvement.

“Tennessee’s waters flow in and out of other states, so we can’t just fight carp here at home,” said Butler. “Thanks to the Ayers’ support, we have brought together congressmen and senators across the Southeast who are now actively working to secure the funds needed for Tennessee and our neighbors to block and tackle carp in a big way.”

To learn more about Asian carp in Tennessee and take action, visit www.tnwf.org/asiancarp

Tennessee Wildlife Federation leads the conservation, sound management and wise use of Tennessee’s great outdoors. Since 1946, the Federation has spearheaded the development of the state’s wildlife policy, advanced landmark legislation on air and water quality and other conservation initiatives, helped restore numerous species, and introduced thousands of kids to the great outdoors.