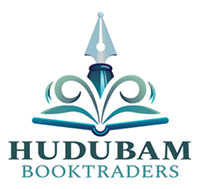 Clarksville, TN – Matt Schorr’s stories are – in a word – unique.

Many weave together narratives describing historical figures battling for their place in the history books.

“And now, I’m writing about black holes, mutant velociraptors and cosmic beings determined to wipe out the universe,” he laughed.

Matt’s latest novel, That Time I Saved the Universe, is about a typical kid getting dragged into a very atypical situation. While walking his dog one Saturday morning, Marcus is teleported – very much against his will – into an intergalactic conflict with a cruel despot using a massive black hole to destroy all of reality.

His visit to Hudubam is part of his new book’s official launch. He’ll be on hand at the store from 10:00am until 2:00pm.

Clarksville may know Matt best as the weekly humor columnist of The Hard Way in the Leaf-Chronicle newspaper. He calls it the ongoing saga of learning exactly what not to do in life.

“It’s all about the trials and tribulations of a new father with two little ones,” Matt explained, “and the seemingly endless ways I manage to fall on my face trying to figure out what in the world I’m doing.”

Matt worked with the Leaf-Chronicle for nearly two years as Night Editor. Although he’s since taken a job in Nashville, he remains a committed resident of Clarksville and plans to keep writing his column as long as he can.

“I really love this town,” he said. “My wife and I came here when we got married, and it’s welcomed us from the beginning.”

Matt writes within the genres he loves. He’s a dedicated comic book fan, with multiple shelves and boxes collecting adventures of Superman, the Green Arrow and the Teenage Mutant Ninja Turtles. Likewise, he loves Star Trek and all things science fiction.

And, of course, horror.

“That Time I Saved the Universe is an amalgamation of those loves,” Matt explained. “As a novelist, I’ve kind of made a name for myself with monster stories, where small town kids have to stop undead behemoths from destroying their hometown. This is my first foray into science fiction.”

“It also has monsters,” Matt said, with a grin. “I just can’t get away from monsters.”

Matt first honed his skills as a writer while working with the Mayfield Messenger newspaper in Mayfield, KY. While there was never breaking news about monsters or world-threatening black holes, he began developing his craft for the first time at a reporter’s desk.

“There’s no teacher like experience,” Matt recalled of his time at the community paper. “You can only learn so much in classes. As valuable as that is, as important as that is, nothing teaches you professional writing like writing professionally. For me, that was crime reports, courtroom drama, local politics and the occasional theater review.”

He further developed his craft at the Leaf-Chronicle, where he shifted responsibilities from writing to editing, before at last developing his weekly column.

Writing remains the centerpiece of Matt’s career. He currently works with the Meharry-Vanderbilt Alliance – an office combining the resources of Vanderbilt University Medical Center and Meharry Medical College for various research projects – as Communications Specialist. In that role, he pens press releases, announcements and promotions about the Alliance’s ongoing efforts to improve health in the community.

Asked when he started writing, Matt answered, “As soon as I started learning to read. My parents have a picture of me as a child on vacation at the beach, and I’m writing a story on a paper towel about sharks attacking people.”