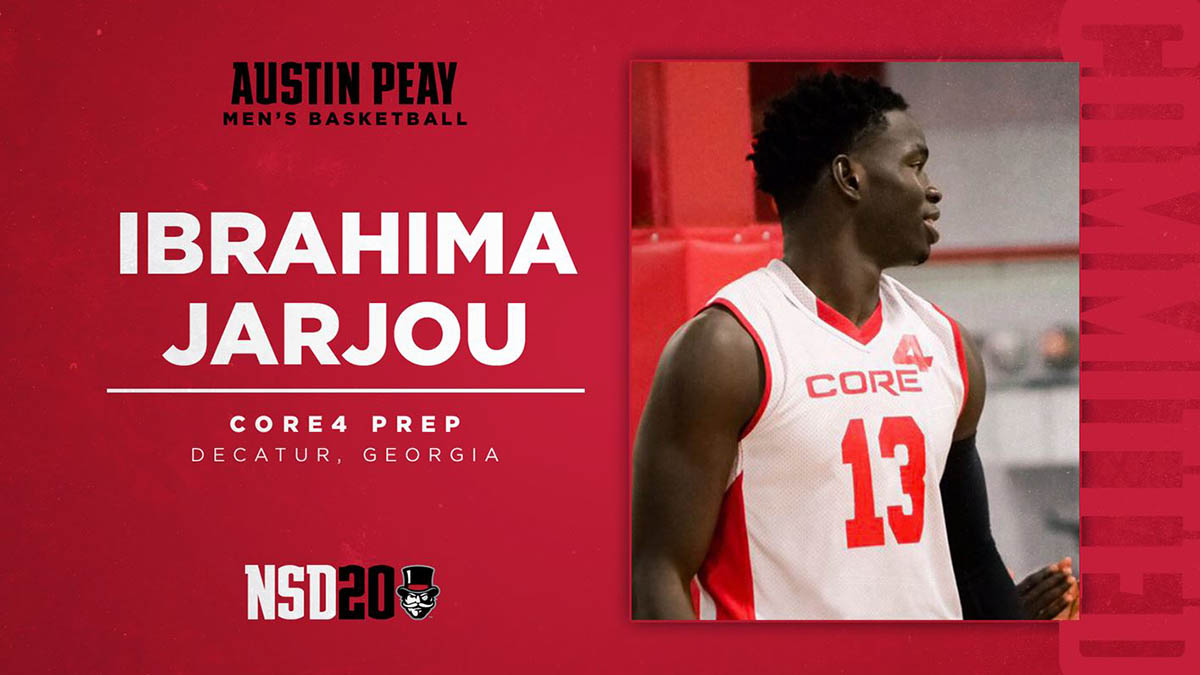 Clarksville, TN – More size is coming to Clarksville with the addition of Ibrahima Jarjou, a post presence from Decatur, Georgia who will join the Austin Peay State University (APSU) men’s basketball team for the 2020-21 season. 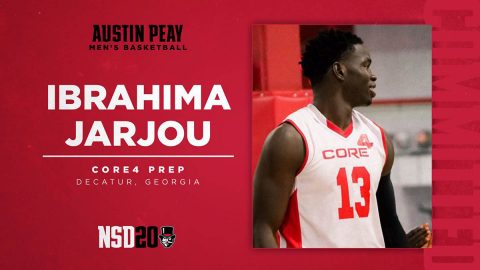 Jarjou spent last season at Core4 Prep, expanding his game and adding bulk to his 6-8 frame.

He spent his senior season as former Georgia standout and likely lottery pick Anthony Edwards’ teammate at Holy Spirit Prep, where he moved following an honorable mention All-Atlanta Journal Constitution season at Greenforest Christian that saw him average 9.7 points and more than a block per game.

“He’s got a college-built, college-ready body,” said Austin Peay head coach Matt Figger. “Ibrahima is bouncy, athletic, an incredible weakside shot blocker who plays with a good motor. We’re trying to increase athleticism and take some burden off Terry [Taylor] in the post, and moving toward adding length and athleticism.”