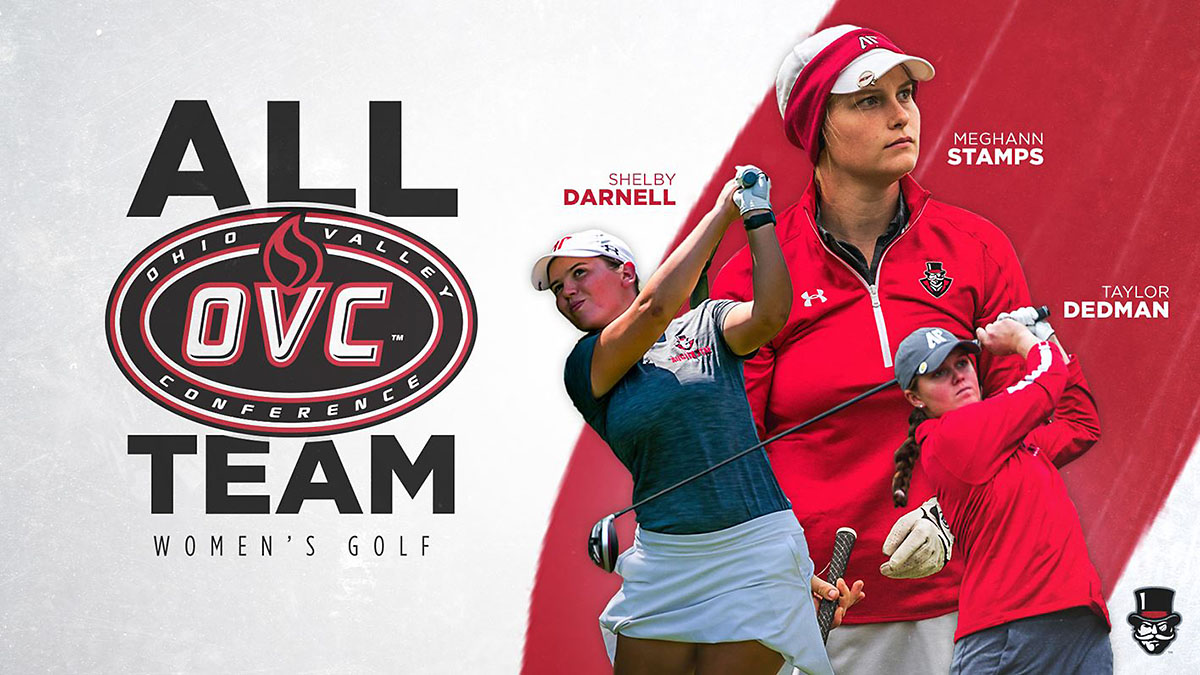 Brentwood, TN – For the first time in the history of Austin Peay State University (APSU) women’s golf, a trio of Governors have earned All-Ohio Valley Conference honors, with sophomores Taylor Dedmen and Shelby Darnell and senior Meghann Stamps earning a spot on the 2020 squad. 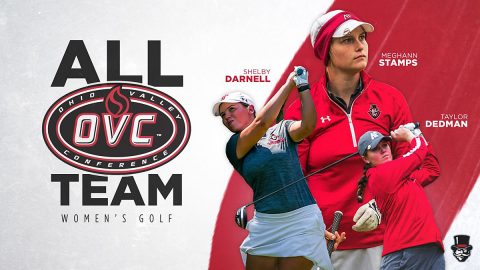 It marks the second time in two seasons Dedmen has earned the nod from the league’s coaches and it is the first career honor for both Darnell and Stamps, who become the ninth and 10th players in program history to be named All-OVC.

Although the OVC Golf Championships were canceled due to the COVID-19 Coronavirus pandemic, golf was unique in that when the season ended in March, over 71 percent of the scheduled contests for the year had been completed.

That combined with the fact that golf does not play a conference schedule, it was deemed there was enough statistical data to award the All-OVC and All-Newcomer Teams honors.

However, it was decided the Player, Freshman and Coach of the Year awards would not be awarded this year since the Championship was not conducted.

Dedmen’s Austin Peay State University career is already on the trajectory of some of the greats who have come before her; only she, Governors head coach Jessica Cathey and the immortal Chelsea Harris can claim two All-OVC performances in their first two seasons. Her five rounds at par or better led the APSU Govs in 2019-20, helping her to a trio of top-10 finishes.

Her tie for sixth led the Govs to their runner-up finish at the 2019 F&M Bank APSU Intercollegiate. At 75.4 strokes per round, Dedmen led the Govs and finished fifth in the OVC.

“Taylor has all the talent in the world and some big aspirations for the future,” said Cathey, herself a three-time All-OVC choice. “I think we’re going to get her there as long as she keeps reaching high and working hard.

Stamps led the Govs with four top-10 showings despite missing most of two tournaments, including a third-place finish at the Greenbrier Invitational that doubles as Austin Peay State University’s best individual finish this season. Her second-round 73.0 stroke average was the best by an APSU Gov in 2019-20, with her 75.5 overall average seventh-best in the OVC.

“Before we knew they could come back for next year, we knew Meghann was a top-10 player, an all-conference player,” Cathey said. “Now that she’s coming back she’s going to have a chance to do this again next year.”

Darnell finished 10th in the league among competitors with at least 12 rounds competed, with a 76.0 stroke average. The sophomore might have been the most consistent Gov in 2019-20—from September’s Greenbrier Invitational through the end of the fall, she never finished lower than 21st, earning two of her three top-10 finishes during that stretch at the Greenbrier and the F&M Bank APSU Intercollegiate.


“I knew I could always count on Shelby for a good round,” Cathey said. “Getting her to realize she is one of our best players and to tap into that potential, she’s going to be unstoppable some places we go next year.”

In addition to their individual exploits—which included all three posting top-10 showings and the Greenbrier and the home event—the trio were Austin Peay State University’s top-three finishers when the Govs won the Flight Team title at the 2020 Kiawah Island Classic at Oak Point.

“It’s tremendous,” Cathey said of the achievement. “I saw all three of their names and was stoked. All the girls on the team have talent, it was just about having confidence. We’ve all got a common goal and a desire to win. We’ve got some depth that not a lot of other teams realize.”