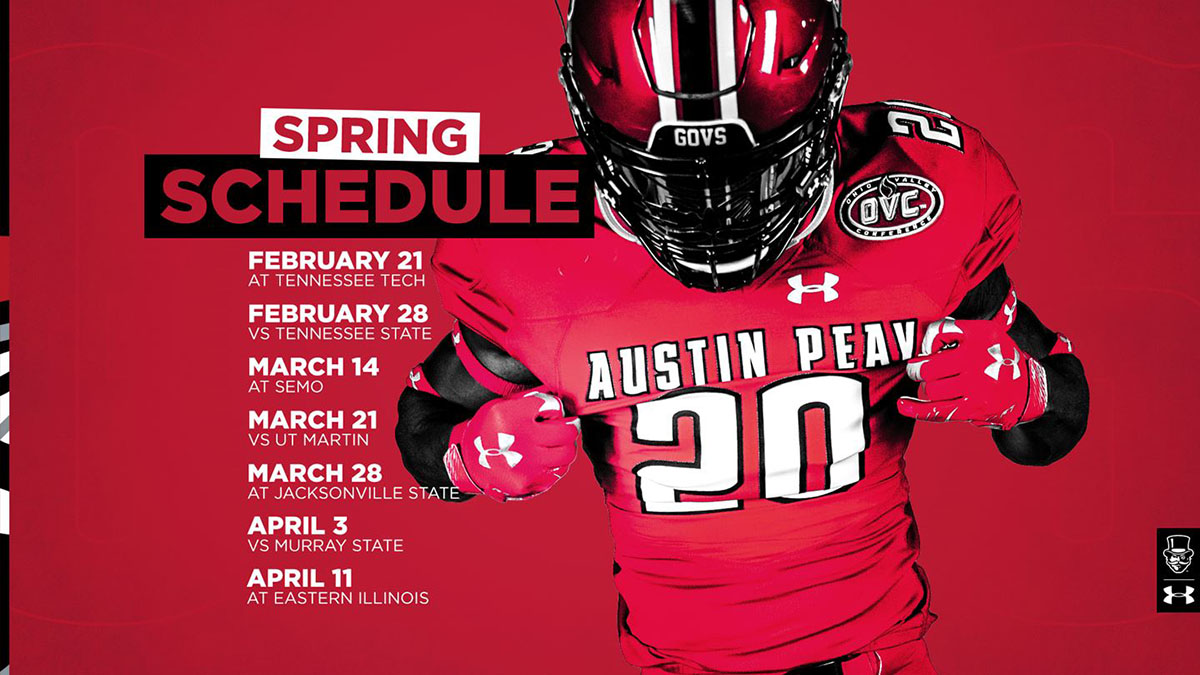 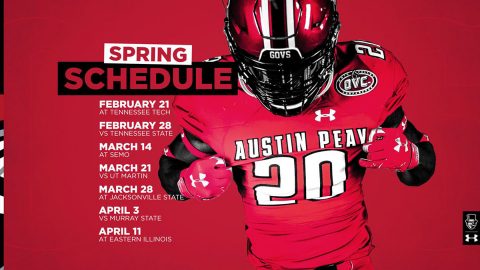 The seven-game football schedule will see the Governors play three home and four road games over a nine-week period.

The home-away imbalance in the spring OVC slate is due to Eastern Kentucky choosing to play its entire schedule during the fall, eliminating one of the APSU Govs home OVC games in the spring.

Each team will have two open dates during the schedule to provide flexibility if schedule changes are necessary, including a league-wide off week coinciding with the OVC Basketball Championships, which will be held March 3rd-6th.

In September, the NCAA approved a maximum of eight games during a 13-week period that begins January 23rd. The OVC’s slate begins February 21st and concludes April 11th with games scheduled for Sunday’s – except for Easter Weekend, which will be played the previous Saturday (April 3rd). The weeks prior to the OVC slate’s start are available for league members to schedule a nonconference opponent.

The seven OVC teams participating in the spring will compete for a league championship with the winner receiving an automatic berth to the adjusted NCAA Division I Football Championship. The FCS playoffs, with a reduced bracket from 24 to 16 teams, will include 11 automatic qualifiers and five at-large bids and an April 24th first-round starting date. The NCAA Championship Game is scheduled to return to Frisco’s Toyota Stadium on the weekend of May 15th-16th.

Further, the league noted this schedule is contingent upon current health conditions in each university community, following guidance from the NCAA, and local medical authorities. The OVC and its member institutions will determine game management details, ticketing and attendance matters, media and broadcast issues, and other operational details.