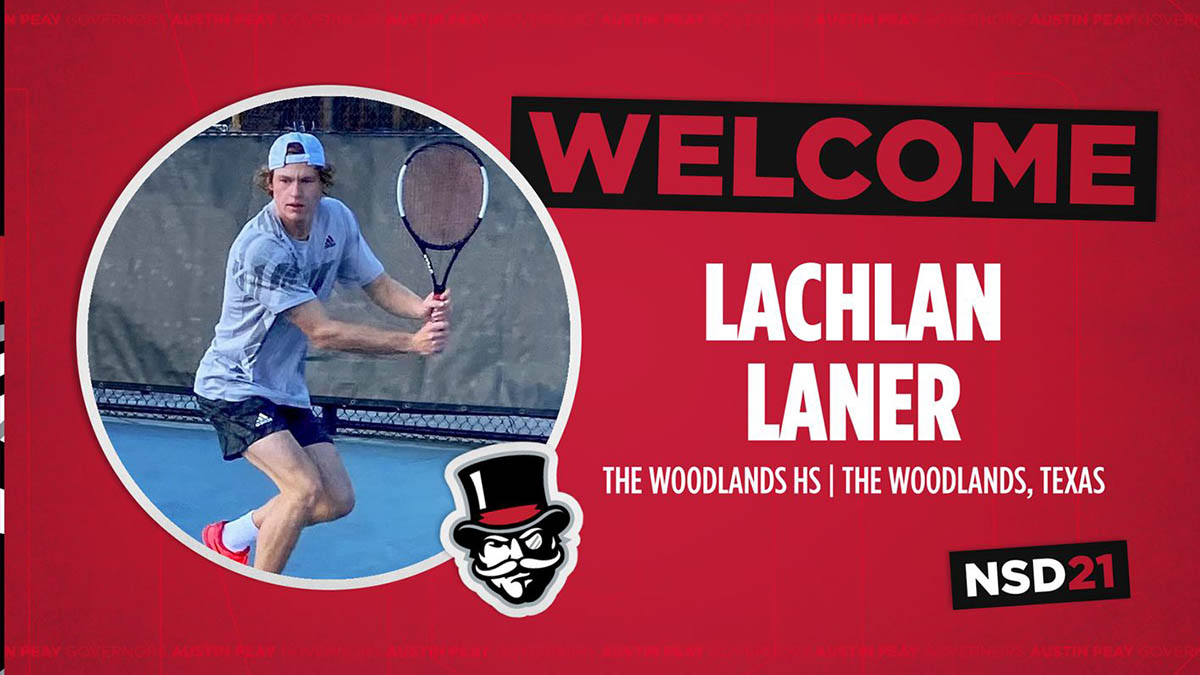 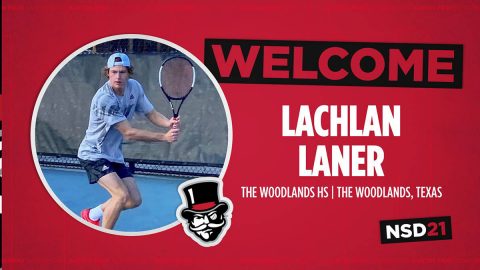 A four-year varsity player at The Woodlands High School, Laner spent most of his prep career in the No. 1 position for the Highlanders.

In 2020, Laner also helped lead the Highlanders men’s tennis team to the State Tournament for the first time in program history.

“Lachlan, who is from Australia and goes to high school in Texas, comes from an athletic family,” said Brown. “His older brother Jordan is playing tennis at Belmont Abbey in North Carolina and his twin sister, Kaitlin, just signed with Saint Mary’s of California with an athletic and academic scholarship. Lachlan is extremely strong and fit, and pays at the highest competitive level of junior tennis in Texas. I see him fitting in well to our men’s team on the court and academically, as he brings an exceptional work ethic.”

Laner’s older brother, Jordan, plays tennis at Belmont Abbey College in North Carolina, and his twin sister, Kaitlin, is set to run track and cross country at Saint Mary’s College of California next year. Laner plans to major in computer science and would like to have a career in software development.