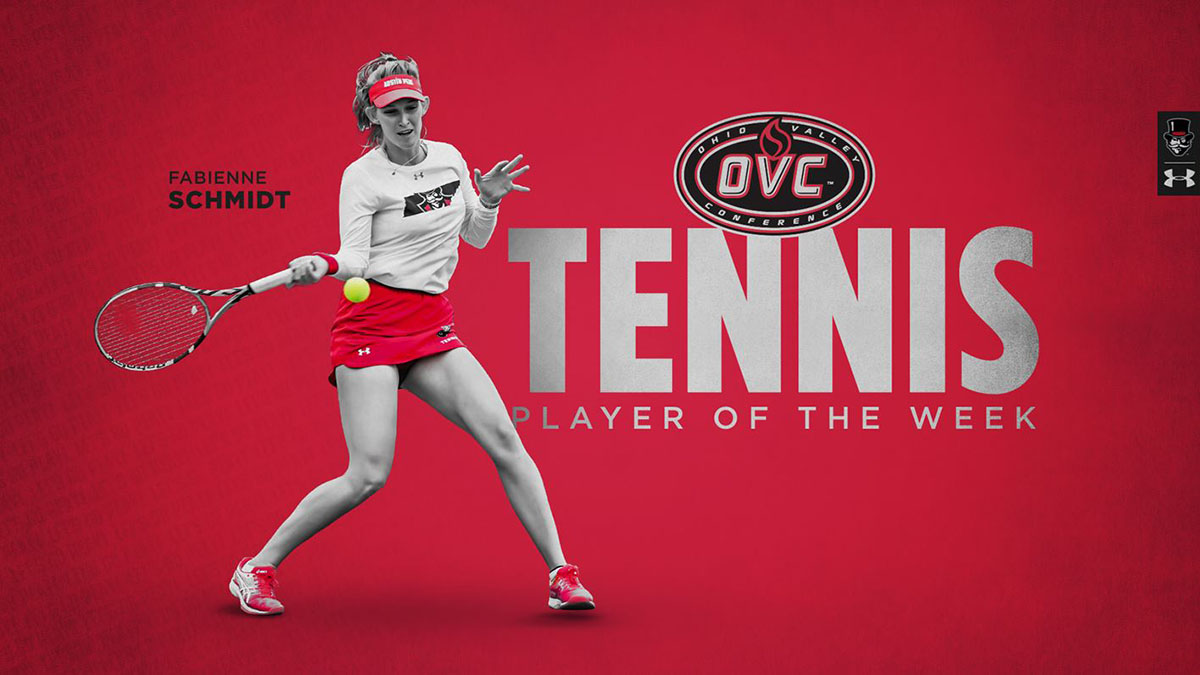 Brentwood, TN – After a perfect week with a pair of singles wins and a pair of doubles wins, Austin Peay State University (APSU) senior Fabienne Schmidt has been named the Co-Ohio Valley Conference Women’s tennis player of the week, the league announced Wednesday, March 10th. 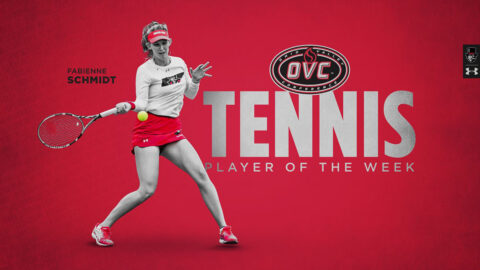 This week Schmidt was a perfect 2-0 from the Governors No. 1 singles position, she started her week by knocking off the two-time Missouri Valley Conference Player of the week Tijana Zlatanovic (7-5, 6-3) in the Governors match against Illinois State.

In doubles action, Schmidt has partnered with Danielle Morris and the duo is off to a perfect 5-0 start this season from the No. 1 position. Schmidt and Morris started their week by beating the reigning MVC Doubles Team of the week when they knocked off Zlatanovic and Tara Damnanovic (6-1) from Illinois State. The duo then picked up their team-best fifth doubles win of the season when they beat North Alabama’s Megan Humphreys and Payton Andrew (6-3).

This is the second time that Schmidt has been named the OVC Women’s Tennis Player of the Week in her Austin Peay State University career, and she is sharing this OVC weekly accolade with Murray State’s Sara Loncarevic. Schmidt is the first member of the Austin Peay State University women’s tennis team to be named OVC Player of the Week this season and it is the first time a Governor has won the award since Schmidt won it on February 5th, 2020.