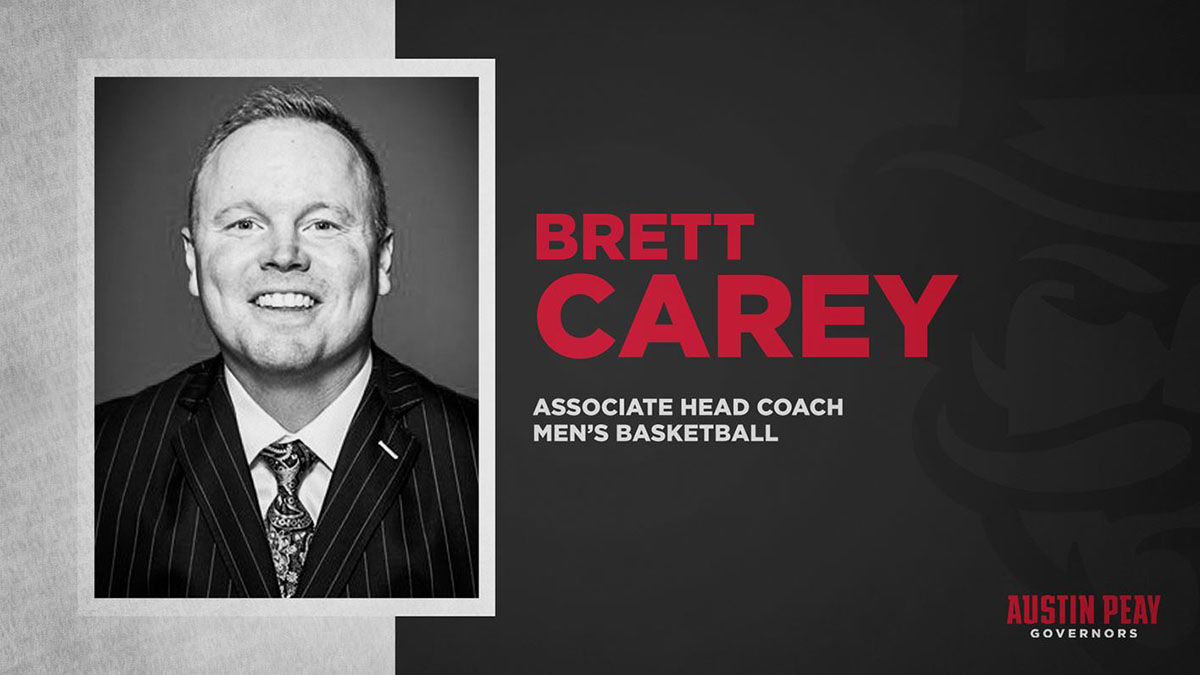 Carey spent the last four seasons with the Sycamores under Greg Lansing. 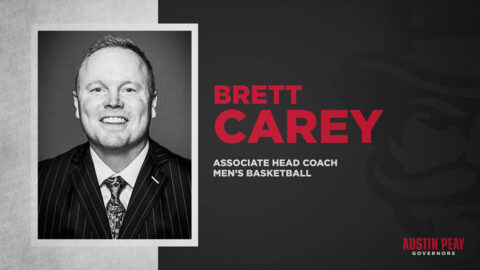 Last season, he was one of the architects of one of the MVC’s most opportunistic defenses that led the conference and ranked 43rd nationally in turnover margin (plus-2.60) and helped the Sycamores to a Missouri Valley Conference Tournament semifinal appearance and loss to eventual conference champ Loyola-Chicago.

Tyreke Key was an All-MVC first-team pick, with Jake LaRavia on the second-team and Tre Williams an All-Defensive Team choice.

During the 2019-20 season, the Sycamores complemented their 18-12 overall record with an 11-7 ledger in MVC play. Key was named First Team All-MVC while Jordan Barnes picked up Third Team All-MVC plaudits; both were named to the NABC Second Team All-District squad.

LaRavia was tabbed to the MVC All-Freshman and All-Newcomer teams and Christian Williams picked up a spot on the MVC All-Defense Team. Barnes became the first Sycamore in the history of the program to rank in the ISU Top 10 for career points scored, 3-pointers made, assists and steals.

The Sycamores finished the season ranked 16th nationally in 3-point field goal percentage while Barnes joined Brenton Scott and Michael Menser in the MVC All-Time Top 10 for career 3-pointers made.

In the spring of 2018, the Sycamores had three honorees in the Missouri Valley Conference Postseason Awards. Barnes was named an All-MVC Second Team selection while also appearing on the MVC Most Improved Team and was named the MVC’s Most Improved Player of the Year. Scott wrapped a career in which he finished as the program’s fourth all-time leading scorer with All-MVC Third Team honors. Key parlayed a successful initial campaign into MVC All-Freshman Team plaudits.

The 2017-18 season opened in historic fashion as the Sycamores recorded a 21-point victory over Indiana inside Assembly Hall. The Sycamores set a record by connecting on 17 3-pointers — the most ever by a visitor in the iconic venue—and recorded the largest margin of victory for the program against the Hoosiers.

Indiana State later parlayed victories over Colorado and UNLV into a Championship Game appearance against TCU at the 2018 Hawaiian Airlines Diamond Head Classic. It was the first non-conference title game appearance for the Sycamore Basketball program since they won the 1999 Indiana Classic. In the process, the Sycamores downed Colorado for their first win against a member of the PAC-12 since 1946 when they beat Oregon. Additionally, the Sycamores earned their league-best fifth consecutive win over the Mountain West Conference with its win over UNLV.


Carey came to the Sycamore Basketball program after spending nine years at UNC Asheville, including the final two years as the program’s Associate Head Coach.

Carey was a two-year letterman for UNC Asheville from 1999-2001 where he started in the backcourt both seasons. He helped guide a young Asheville team to the Big South Conference championship game in 2000 and earned All-Tournament honors for his play. As a senior, he led the Bulldogs in three-pointers made and free throw percentage. Carey earned second-team All-Conference honors for his play and was named UNC Asheville Male Athlete of the Year and was chosen the Bulldog MVP. As a senior, he finished third in the nation in three-point field goal percentage.

Carey, a native of Lincolnton, North Carolina, returned to UNC Asheville in the fall of 2008 after serving as an assistant coach at national prep power Oak Hill Academy in Mouth of Wilson, Virginia. The Warriors went 34-4 in the 2007-08 season and had some of the nation’s top high school players on their team, including future NBA lottery pick Brandon Jennings.

They were ranked third in the nation for high school programs by ESPN. He also worked at Oak Hill during the 2002-03 year where he coached Marcus Williams, who was the 22nd pick in the 2006 NBA Draft. Carey was also a member of the Oak Hill Academy basketball team, playing with teammate Stephen Jackson.


Carey worked for Dave Odom at South Carolina as a volunteer assistant coach for the 2005-06 and 2006-07 seasons, where he was a part of the Gamecocks’ 2006 NIT championship squad. Carey coached Renaldo Balkman a first-round pick for the New York Knicks, while he was at South Carolina.

Upon graduation from UNC Asheville in 2001, Brett was placed on the NBDL’s Asheville Altitude before playing professional basketball in Norway for a year.