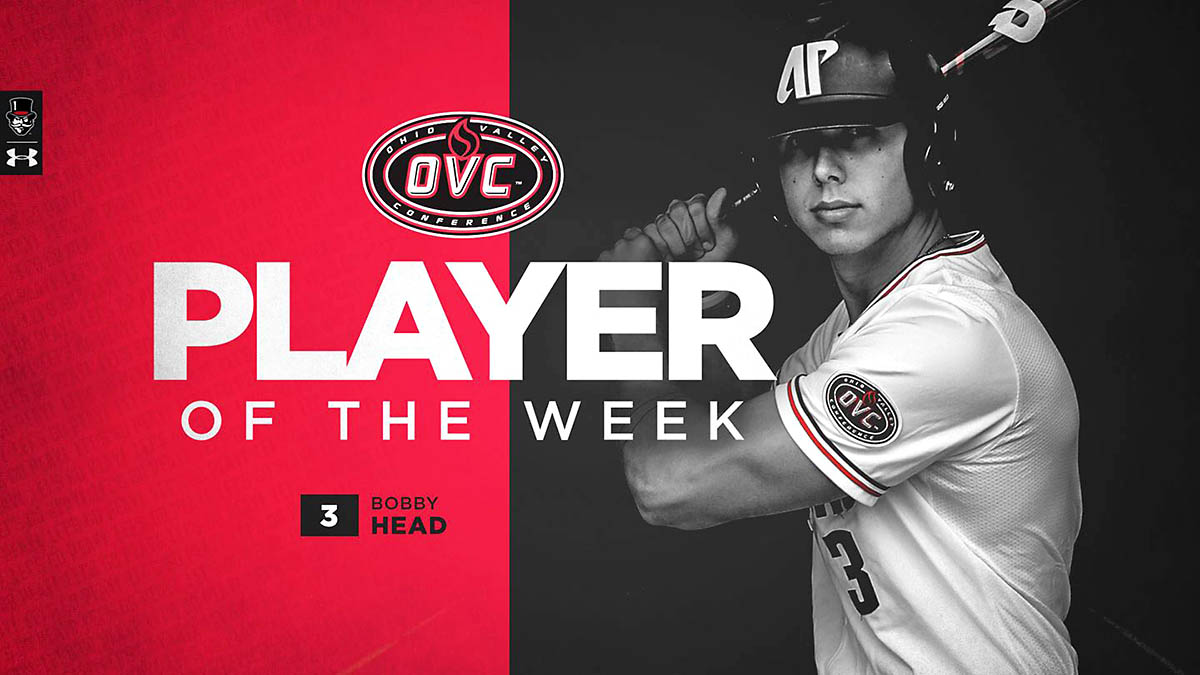 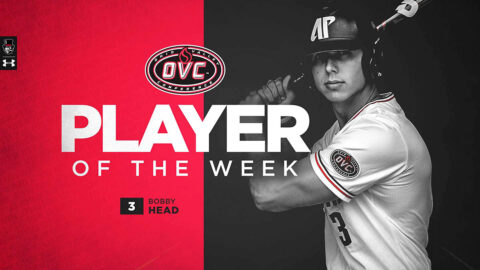 In addition, Collegiate Baseball named Head as one of its eight National Players of the Week powered by Diamond.

Head could not be stopped during the three-game weekend series, batting .786 (11-for-14) with four doubles and two home runs with three RBI and six runs scored. His 11 hits in a three-game OVC series were the most by an Austin Peay and only the third time an APSU hitter has posted 10 or more hits since 1996.

While Head had limited RBI opportunities – he was 1-for-1 with a runner in scoring position – he helped the Governors cause by going 7-for-8 with a runner on base in the three games. He also was responsible for six of the Govs 17 runs scored in the series.

Head began the series with a 4-for-5, two-RBI outing in Game 1 that included a double. He opened Saturday’s doubleheader by going 3-for-4 with a double before closing the twin bill with a 4-for-5 effort that included two doubles, a home run, and an RBI.

During the week, Head went 2-for-5 with a double and RBI at Belmont. Including that game, Head batted .684 (13-for-19) over the entire week. After entering the week batting .280 this season, he finished the week with a .322 batting average.

APSU Governors with 10 hits in an OVC series since 1996