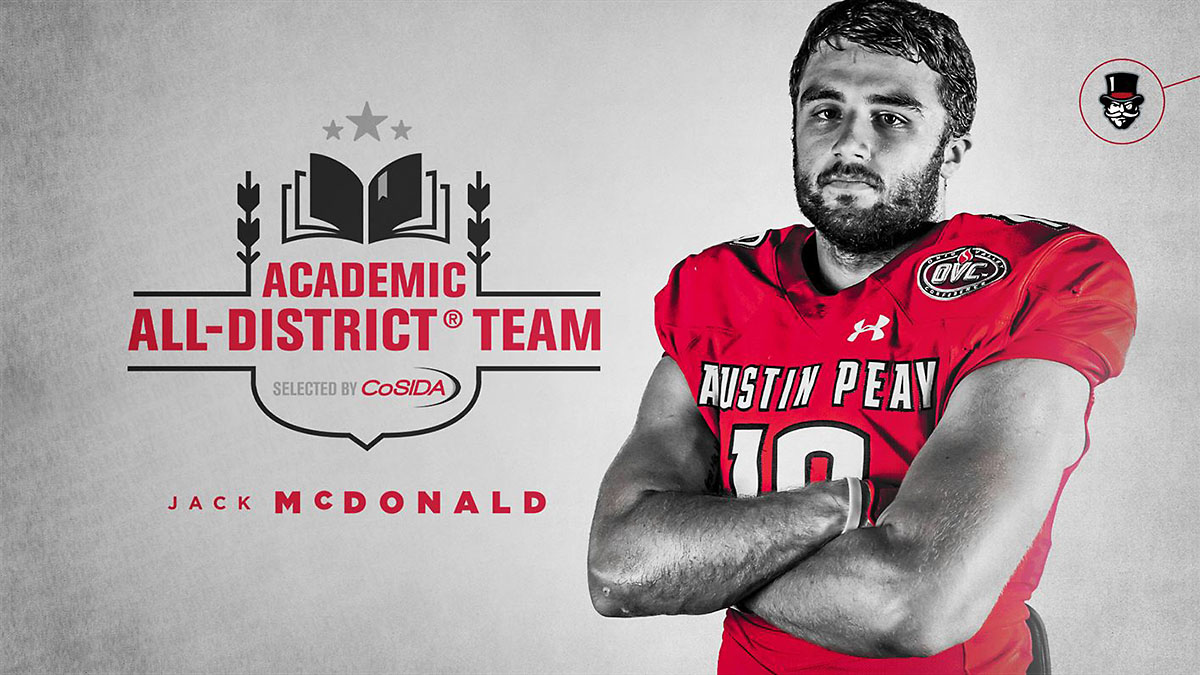 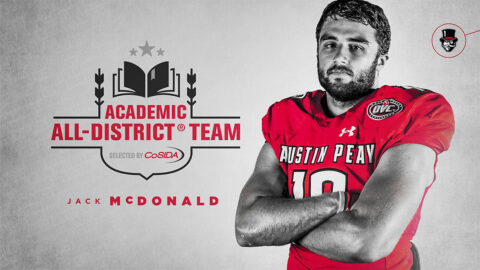 McDonald is the 37th Academic All-District honoree in Austin Peay State University football history and the first since Ryan Rockensuess in 2018.

McDonald, a Brentwood Tennessee product, again led APSU with 70 tackles in 2020-21, ranking 10th among all FCS tacklers. His 8.7 tackles per game were fourth-best in league action, where he also ranked second in tackles for loss (1.42/game) and ninth in sacks (0.42/game). McDonald posted double-digit tackle totals three times during the OVC schedule, including a career-best 13 tackles at Southeast Missouri.

For his career, the two-year starter has 188 tackles, 18.5 tackles for loss, and 3.5 sacks. He’s picked off two passes and broken up six more while recovering two fumbles and forcing another. He has seven total double-digit tackle contests as a Gov.