Taylor is currently in Lorena, Brazil where he is conducting training in support of Southern Vanguard 22, an annual exercise aimed to increase interoperability between the United States and Brazil.

“I grew up always trying to achieve greatness in my father’s eyes,” Taylor said of his dad, a retired colonel who served in the 82nd Airborne Division. “So there was definitely a lot to live up to because of his reputation and his position as a senior officer. I wanted to serve my country and be the greatest infantryman that I can be.”

The youngest of four siblings, Taylor struggled with feeling as if he could not measure up to the accomplishments of his father, or his brothers, who both served in the Marine Corps.

“Growing up knowing that my father was a senior officer in the Army, and then watching my brothers go through their time in the service put a tremendous amount of pressure on me,” Taylor said. “It was so much to live up to.” 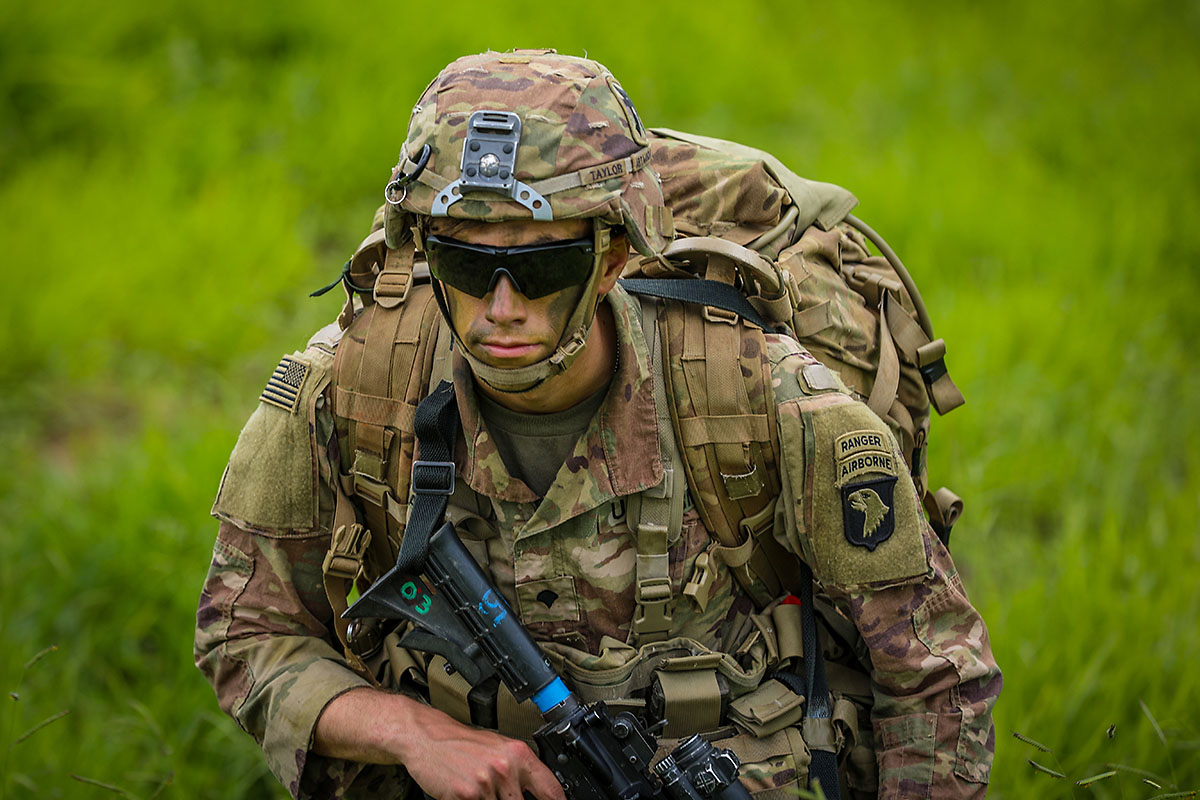 The pressure he felt in his youth was a driving force for him to graduate Air Assault School, earn his Jungle Warfighter Tab, and become an Army Ranger.

“I honestly just wanted to prove to my family that I could do it, that I was built for this, and that I will serve my country in the highest capacity,” Taylor said.


Ranger School is a grueling 62-day small unit tactics and leadership course that develops functional skills related to units whose mission is to engage the enemy in close combat and direct-fire battles. Soldiers endure physical and psychological stress, as well as the fatigue of combat.

His accomplishments in the Army has not gone unnoticed by his leaders; Taylor is highly regarded for his work ethic and capacity to lead.

“Since my time working with Spc. Taylor, he has been phenomenal. He is a leader, he always puts the Soldiers before himself and goes above and beyond to accomplish the mission,” said Staff Sgt. Justin Brown, Taylor’s supervisor, and the weapons squad NCO. 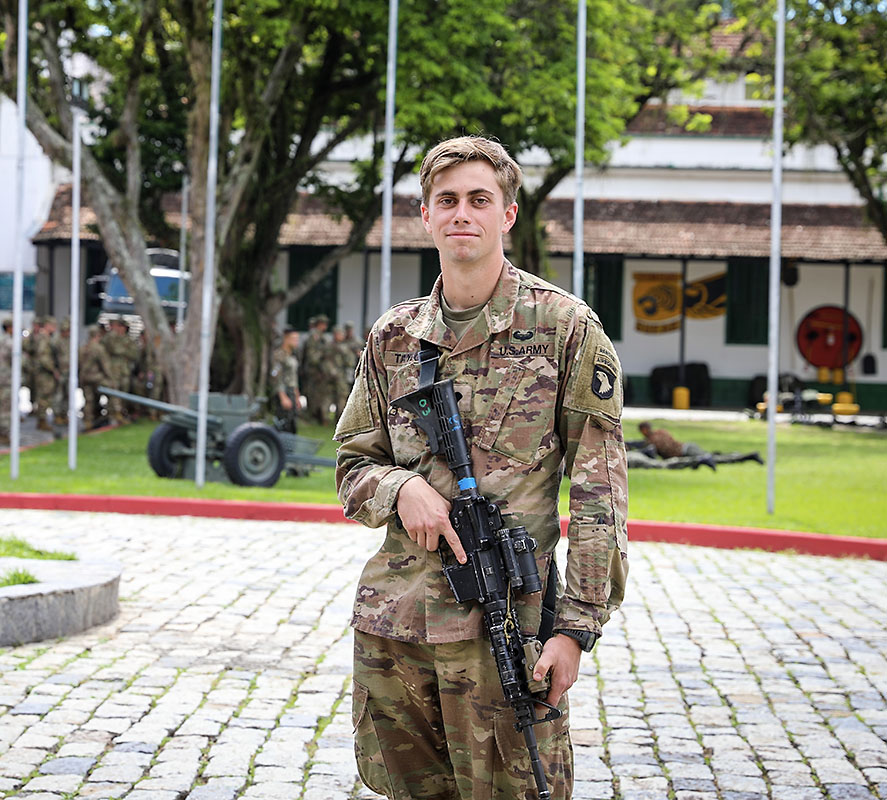 “We went out to the Joint Readiness Training Center (JRTC) down at Fort Polk, LA, and he crushed it. Since returning to Fort Campbell, he’s continued to far exceed the standards and our leadership team is extremely grateful to have him representing the Rakkasans,” Brown stated.

Taylor grew up in a small rural community where he raised rabbits, chickens, goats and ducks. Kendallville is a town with little diversity and Taylor did not experience cultural exposure until he joined the Army.

“I’m really blown away by how diverse and accepting the Army is. In the Army we all bleed green, meaning that no matter who is beside you, as long as they have that uniform on, you are willing to die for them.”


Since joining the Army, Taylor has been a part of key training exercises including rotations at JRTC, Operation Lethal Eagle, as well as many unit field-training exercises, but Southern Vanguard 22 has been his most enriching training experience thus far.

“I’m really humbled to be able to have a leadership role for Southern Vanguard 22,” Taylor said. “I am a team leader, and it is my job to ensure that the Soldiers assigned to me are trained and proficient on their weapons systems and able to overcome obstacles as they arise.”

The Southern Vanguard 22 exercise serves as an opportunity to strengthen partnerships in Brazil and promote peace for a stable region. This exercise enables Soldiers from both armies to apply their training so they are better prepared to rapidly respond to emergencies.

“Being in Brazil is an experience like no other,” Taylor said. “I was a little anxious when I found out that I would be supporting Southern Vanguard 22 because I’ve been training nonstop. However, training never stops. That’s what the Army is all about. We must always strive to increase our fighting capabilities, and find new ways to protect and defend our freedom.”